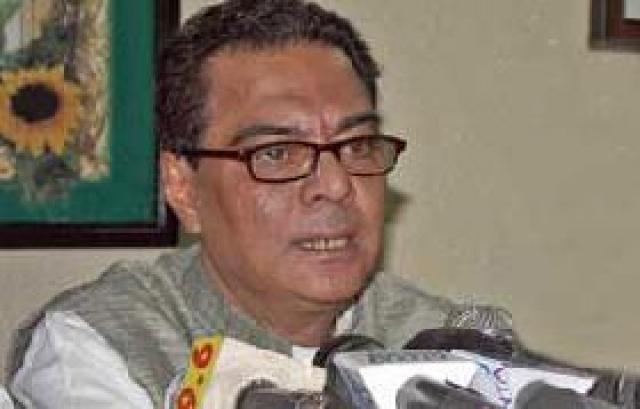 A special tribunal will be formed to fast-track trial of the perpetrators who "planned" the recent massacre at the BDR headquarters, some of whom were not paramilitary border guards, a minister said Saturday.

"A full investigation into the gory killings will be carried out. The government has some evidence which point to the involvement of people outside of the BDR," local government minister Syed Ashraful Islam said.

"The law minister has already been instructed to form a special tribunal.

"The law and the clauses under which perpetrators can be tried will be put before the cabinet and then a bill will be tabled in parliament to fast-track the trial process."

Legal actions would be taken against those whose link to the Feb.25-26 events was proved, said Ashraful, also the ruling Awami League spokesman, after a joint meeting of the cabinet and senior party leaders at prime minister Sheikh Hasina’s official residence.
.
He said the meeting strongly condemned the carnage, prayed for the departed souls of the slain army officers and sympathised with their families and renewed resolve to find the killers, instigators.

"Every single one of those responsible will be put in the dock."

He said some changes will be made to the enquiry committee formed to dig out the truth about how and why the incident happened.

Non-partisan, neutral individuals will carry out investigations and file a report "as soon as possible", the minister added.

"It’s beyond our words to describe the shock events. Those we’ve lost were our assets. It’ll take a long time to recoup the irreparable loss.

"Those who died in the Peelkhana incident are martyrs. They will be buried with state honour."

Continued Ashraful: "A monument will be built in remembrance of the slain officers. The families of the dead will each be given Tk 10 lakh and the government will bear their expenses."

On top of that, the government will help out those affected by the rebellion.

"The prime minister sent out army troops no sooner had she got the news. But it takes time for the army to reach a certain place. Whatever happened in Peelkhana (BDR headquarters) had happened before the army members had reached the scene.

"After that, our main concern was the safety of the hostages. The standoff was resolved quickly considering the security of the people in general apart from the BDR members.

"All the democracies of the world have endorsed the measures taken."

"If the army stormed the headquarters those who have survived may not have altogether. There’s no scope to do politics over what has happened.

"Some politicians are trying to create problem through misinterpreting the events. We call on all across the political spectrum to get united to resolve the crisis," Ashraful said.