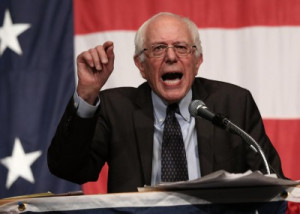 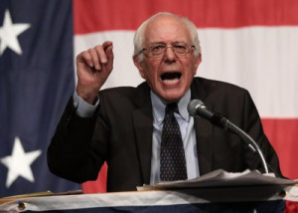 The word “Cuba” is said to be derived from the Taino language word “cubao” one of whose meanings is “where fertile land is abundant” . And it looks like there’s plenty of fertile land. And yet, we had been told often that Cuba imports 80 percent of its food. We stopped for lunch at a small restaurant on the harbor in Bacuranao where Hemingway used to dock his boat. After a very good lunch of fish (imported from Venezuela it turned out) and black beans and rice and the local beer called Bucanero (“Pirate”), several of us wandered down for a closer look. Nice harbor, but no boats. Well, maybe one or two small row boats.

Where are the boats? we asked our guide. “The government doesn’t let us have boats,” she replied, and then wouldn’t really address any other follow on questions. It does make it hard to do much fishing if you can’t have a boat. On the other hand, Key West is only a short 90 miles away…

We got on our bus and drove on to Trinidad, about 110 KM away, on the south coast of the island. The road was a well maintained concrete highway, almost no traffic, with open land on either side. Not farm land, not really pasture land, we saw perhaps 5 percent of it under cultivation, maybe ten percent with a few cattle grazing, but mostly it was just open, well-watered, verdant green, flat to rolling countryside in a tropical location where that land could grow just about anything, certainly things like rice and beans that we had at every meal. All imported. The government owns all the land, so the people live in the cities. At least there weren’t collective farms.

There were many small souvenir shops in Trinidad, the oldest city in Cuba and the site of the origins of the sugar business. Except that now there is very little sugar grown in Cuba. And the souvenirs were all made in China, but it’s hard to fault the Cubans for this, it’s a worldwide occurrence. We stayed in a beach resort outside Trinidad. It was owned by the government. It had no hot water. The technology for making hot water for buildings has been known for quite some time now. This “resort” was formerly a Russian Officer R & R facility, with little concrete cabanas full of lizards and very hard beds. I began to understand why the Russians left the island. And because the entire resort had no hot water, they couldn’t sanitize the dishes at the restaurant, so about half of us got sick.

We asked our guide about the food thing. She explained that as a tour guide she made the same amount of money as her husband, who is a dentist. In fact, most people make about the same amount of money, so why not live in Havana and work in a government ministry and wear a nice white shirt rather than dealing with crops and cow manure out in the country? Since the government provides free health care and a free education to everyone, you should study government, not animal husbandry. Or English. US visits to Cuba last year increased by 50% over the previous year. When the first 5000-person tour ship lands in Havana, there will be a need for lots of English speaking tour guides.

When you’re on a tour bus for hours at a time, lots of questions occur to you. What are the main industries in Cuba? Tourism, exporting “experts” like doctors and teachers to more backward countries, but always under contract to the Cuban government. And copying US patented pharmaceuticals and selling them to poor countries. The tourism infrastructure is already creaking under the current tourist visits. And although everyone we met is enthusiastic about normalizing US relations, and happily assumes that this will mean more tourists and some vague increase in economic well-being, no one seems quite to understand that this comes with burdens that will require substantial infrastructure development. Which is easier when the government can just seize your land. But why would Marriott or Starwood build a new hotel on insecure real estate? As for pirating drugs, this is no doubt on the negotiating agenda, as is compensation for expropriated property, like the former Hilton hotel in downtown Havana. So the future could be that Cuba returns to its past as a tourist destination for rich Americans and Europeans, and everyone on the island is a tour guide.

Back in Havana on our last day we drove to the main square and had a quick look at El Capitolio, which closely resembles the US Capital building, and used to be what it sounds like but now houses the Cuban academy of Sciences. Then we went to the Plaza of the Revolution where the surrounding buildings are emblazoned with images of Che Guevara and Jose Marti, both heroes of the revolution. “Are we going to the White House next?” asked one of the group. We then had to explain that this was where the US president lived. “So where does Raul live?” we continued.

“We don’t know, and we’re not allowed to ask,” was the chilling reply.

Very well, time to get back on the plane and go to a country where they have Home Depots and hotels with hot water and where you know where the President lives.

Here’s the Cuban lesson in all this for Bernie and his quest for ending income and wealth inequality: Capitalism with all its faults offers everyone at least the possibility of becoming rich. Socialism gets rid of inequality by making everyone equally poor.