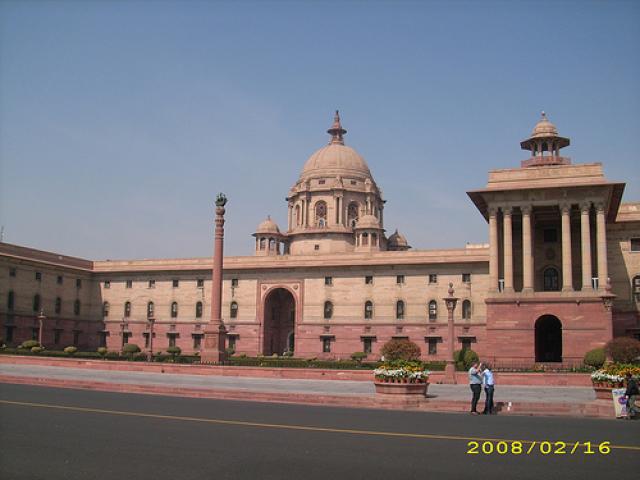 In the recently held elections for the assembly of Megalaya (60 seats total),  results did not give a single party majority control, Congress I under the leadership of Mr.Lapang, emerged as the single largest party securing 25 assembly seats. The next position went to the Nationalist Congress party led by Sangma, securing 15 seats, other regional parties and the independants shared the balance of seats and for one assembly seat, the election was contested.

But the Nationalist Congress party led by Sangma, had already mobilised  31 assembly members and paraded their strength before the Governor. They even moved to the Supreme Court under the famous attorney Soli Sorabji, questioning the authority of Megalaya Governor, S.S.Siddhu in inviting Mr.Lapang to form the government, when they had shown a clear majority of 31 seats before him.

The Supreme Court Chief Justice Balakrishnan and another judge, taking up the matter for consideration, patiently heard what was argued by the eminent Soli Sorabjee and quipped in return that perhaps the governor was motivated by the factor that Congress was the single largest party.

Mr.Soli Sorabji again argued that giving ten days time to Mr.Lapang to prove his majority was too much and it should be reduced to 7 days. But the Supreme Court stated that 3 days make no difference. The Supreme Court concluded that it believed in the honesty of the assembly members of Megalaya and hence closed the subject.

But Governor S.S.Siddhu has certainly acted in a partisan manner and his act of inviting Mr.Lapang of Congress I to form the ministry was questionable, when the rival group headed by Mr.Sangma had already mobilised the strength of 50 +1 in his favour. We should not forget that Mr.Atal Bihari Vajpayee who was invited to form the government at the centre, overlooking Deve Gowda’s claim, could not mobilise the requisite support and his government was shortlived only for 13 days and Mr.Vajpayee had to resign.

Therefore, Megalaya Governor S.S.Sidhu’s act of inviting  Mr.Lapang of Congress I to form the Government has opened up a pandora’s box in Megalaya.