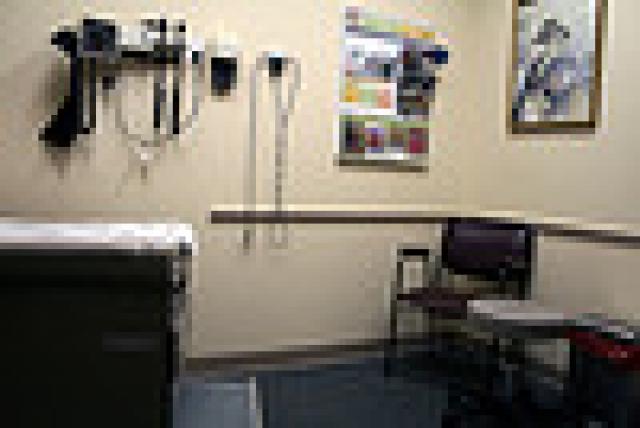 Recently I have received several requests to attend TownHall meetings scheduled by Congressional members in order to "sell" their versions of ObamaCare to the public, and actually appear to be addressing citizens concerns with respect to this issue.

These TownHall meetings have now become envogue for the Congressional members mostly to get some face and free air time before the public, and usually no more than opportunities to confound with their political agendas and excuses as a preface for their next runs for office with respect to contentious legislation – which ObamaCare is a prime example across the board in a great deal of its provisions with respect to America’s Constitutional form of government and the huge potential costs to the public both for such an undertaking, and the administrative costs to boot.

Since, after all, there is catastrophic coverage for all citizens under most state plans which already exist in all 50 states.  So this legislation to me and many others seems simply another example of the state and federal government attempting to bypass the citizens, centralize more power in Washington, and have another source of revenue at both levels in order to rape for discretionary expenditures.

I wonder if there will be any reduction in state taxation as a result of this plan, since that also has been left out of much of the discussion, just how high most citizens state taxes are also at this point for the state provided plans already  in existence.  And the states do use the federal government as a heavy for much of their own Constitutional violations for their agendas in discretionary expenditures for their favored industries and backers.

An unconstitutional taxation of the people, without representation since all consultation with respect to this "reform" has been behind closed doors with the "stakeholders" or industries that are, for the most part, responsible for the high cost of health care in this country today.

Below is my response to one such "invitation" who is a lawyer by profession:

Well, at least one not using the Christian Church as a backdrop for this treasonous legislation.

As previously indicated, the only power Congress has with respect to health care legislation is to do its job, and that is to insure freedom and protect the people from the abusive practices of these mega-conglomerate industries.

Not the "jobs and the economies" of the providers, but their practices and abuses which have lead to this. Corporatization of medicine has lead to 24 hour mastectomies and childbirths which have placed us now below Cuba in the infant survival rate in this country.

And factory line operations where there are more and more medical malpractice claims due to doctors having to do 12 or more operations a day. During my mother’s recent heart surgeries, her cardiologist had seven operations scheduled back to back (and he was from South America, not a native born American and one of the "imports" for "science and technology" due to the fact that most medical clinics are also hiring foreign doctors who they can pay less due to the lesser tuition rates they have to pay in their countries for their educations, or further their currency stretches in ours for a U.S. education – such as many from India and South America). Seven heart surgeries back to back!!!

1. Establish a national complaint system as "interstate" commerce on insurers that are incorporated in more than one state in the country, or globally such as Zurich (Farmers) for citizen complaints of denied claims, hike or jack up rates without provocation which aren’t based on claims made or ridiculous increases over the cost of living increase, agents who sell a policy but refuse to act as go between with the claims office for those commissions; internet regulation of commercial insurers advertising over the internet (free speech aside, corporations have no such right and consumer fraud is not free speech).

Also this database should be accessible to insurers and citizens for complaints on doctors who abuse the system by double billing or for tests not done acessible to both citizens and insurance companies for consumer fraud prosecution if willful and repeated; procedures and three strike rules for removal of licenses at the state level for doctors found guilty of gross negligence to protect the public, which is the real need, since million dollar awards under those punitive damage awards given since those lids were removed simply means that every five years that doctor is back in business during a 30 year career, or after mulitiple claims within five.

Doctors should also have access if insurers refuse payment for treatments after prior approval, etc. also as consumer (citizen) fraud.

Not inputting the citizens health care records accessible to almost any federal lackey, or able to be accessible without subpoena or even potentially as a condition of employment, etc., but protecting the citizenry from the industry abuses which lead to this.

And on a practical level, how many jobs actually will be lost with such legislation – especially in that "science and technology" field for software providers that already provide database records for physicians and hospitals at the present time?  More and more legislation seems directed at cutting the legs out from under small businesses and the "middle class" Obama and all those really on the Hill suckered during this last election cycle.

2. Reinstating in codified law the common law on punitive damages that was removed by the TLA due to their greed (and YOUR industry), so more go into obstetrics and public health.

3. The complaint system should also be available for those supplemental carriers such as AARP when they do not pay off, or deny picking up costs which are not covered under any primary or government plan such as Medicare, when it is clearly provided in THEIR policies. They are using technicalities to deny claims after the primary carrier denies them in order to skirt around paying off on those claims.

Every single Congressman and Senator on the Hill is in violation of campaign finance laws at this point, and guilty of treason after the GM bailout, bank bailouts, and stimulus giving privileges and immunities to sovereign subject industries at the public’s ultimate expense. You can’t have a representative government when representatives are being elected by out of district PAC and commericial organizations, and thus not true representatives of the people at all.

In fact, any such legislation as is being proposed is blatantly unconstitutional in its current form. AND YOU KNOW IT.

Filed under: Opinion, Politics
Share Tweet Pin G Plus Email
previous article: Paula Abdul To Host VH1’s ‘Divas’
next article: What the New America is Shaping Up to Look Like….