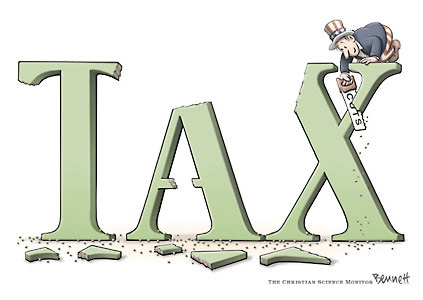 U.S. equity prices have climb to all-time highs rising approximately 15% since Donald Trump was elected the 45th President of the United States.  Current trading activity has also seen the dollar gain ground. Stock prices have been buoyed as the markets have priced in additional growth prospects and rising corporate earnings due to tax cuts and infrastructure spending.  Trump will need to push through two laws that will have significant costs, and could be derailed by conservatives in his party who will reject additional borrowing.

Donald Trump ran on a platform where he promised lower corporate and individual taxes.  His base expects increasing job opportunities due to companies desire to engage in business in the United States due to a more favorable tax structure.  He also promised in his state of the union speech last week, that individual taxes for the middle class will fall.  He needs to come through for those in the rust belt who voted him into power.

The issue Trump faces is how to pay for this tax cut without going further into debt.  He initially thought he could use an import duties increase, but is finding there are many groups that oppose a border adjustment tax. Retailers for instance, provide low cost merchandise because they can purchase components overseas.  Not only will a border adjustment tax reduce profitability for retailers, but this will act as a tax on the consumer. If Trump does not have revenue attached to a border adjustment tax, he will need to find an alternative source.

The first hurdle before taxes appears to be replacing and repealing Obama care.  This will also significantly reduce revenue as one of the items that would be part of the repeal would be eliminating the penalty that individuals who do not have healthcare pay when they file for taxes.  Currently the Republican House of Representatives has a plan on place that would repeal the Affordable Care Act, and replace it with as similar plan that gives tax credit to those who currently get entitlements through the current healthcare law.  Conservatives are against this handout, and call the replacement plan Obama Care light.

Conservatives are looking for Republicans to repeal the current law and then go back to the drawing board and attempt to find a replacement. This will be a very difficult path to take, as it would immediately eliminate heath care for 18 million people.  Trump would not likely sign this into law as it would affect a good portion of his base.

Without a new health care law making it to the President’s desk, it will be difficult to move on to the new tax laws. If the President does not know how much money he needs to pay for the new tax cut, he will not be able to sign it.

The Trump administration is facing problems with an investigation with Russian ties to their campaign, along with heath care, and trade.  Despite these issues, if he is able to get a tax cut into law, the markets will judge this as a success.  Unfortunately, investors will punish stock prices if a tax cut is not in the cards.