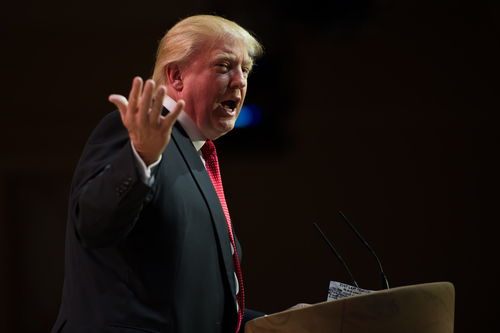 Nearly everyone has an estate. Your estate consist of everything you own including your car, other real estate, personal possessions, home, furniture, checking and savings account, investment, and life insurance, among others. Regardless of how large or small, each of us has an estate, and there is one thing in common, you cannot take it with you when you pass away. When that happens (and note, it’s “when” and not an “if”), you probably want to control how your estate is given to organizations or people you care about.

To get more details I talked to an established estate planning attorney is San Diego.  Steven F. Bliss from the Law firm of Steve F. Bliss Esq., has a few examples to share with us today. “To make sure your wishes are put into practice, you need to provide detailed instructions that state whom you want to receive something that you own, what you want them to receive, and when they are to receive it.”
“Of course, you will want this to happen with the least amount paid in legal fees, court costs, and taxes!” All this process is what we refer to as fundamentals of estate planning. And estate planning is basically making a plan in advance and naming whom you want to receive your estate.  “When done properly, the federal government does not get as much in taxes and you can even avoid the dreaded probate,” exclaims Steve Bliss.

Comparison Piece on Estate Planning from Trump and Clinton

Nevertheless, fundamentals of estate planning have not received the same view among people. For instance, current presidential aspirants, Donald Trump and Hillary Clinton have totally different views about estate planning.

As reported by TheHill.com; According to the GOP presidential front-runner, Donald Trump, the estate tax should be repealed. He made this clear when he reached out farmers in Iowa and vowed to repeal the estate tax on a speech Saturday. “We’ll eliminate the regulations, which are driving the farmers out of business,” said Trump. “We’ll get rid of the estate taxes, which are making the farmers sell their farms. I understand it Farmers out there are wealthy but they are a little bit short of cash,” he added.

The estate tax, which has been branded by critics as a “death tax”, is paid on assets, which are left to heirs after a person’s death. There are broad exemptions for couples with estates of under $11 million and individuals with estates of less than around $5.5 million. Republicans, who fully support the repeal of the estate taxes, claim tax hurt small business owners and farmers the most According to Trump; the estate tax is a very bad thing that kills people in Iowa.

House Republican voted overwhelmingly to get rid of the tax earlier this year. They argued that individual’s assets are being taxed multiple times, and this has significant effects on these people. Nevertheless, the bill never made its way through the Senate and most Democrats were opposed to it

As reported by the Wall Street Journal; Unlike Trump, Democratic presidential candidate, Hillary Clinton, proposed raising the estate tax rate and increasing the number of households bound to face the tax. The plan is the latest part of Clinton’s strategy to raise taxes on wealthy Americans and high-income earners, which her campaign claimed would raise a total of $400,000 billion to $500,000 billion over the next 10 years.

In Clinton’s plan, the tax would apply to estate surpassing $3.5 million per person and at a 45-percent top rate. Under current law that was reached in a compromise between congregational Republicans and incumbent President Barrack Obama, the per-person exemption is $5.45 million and the top rate is 45-percent. As such, the tax would hit around 0.4-percent of estates every year, from 0.2-percent today.

The revised tax rates would affect Mrs. Clinton and her husband, former U.S. President Bill Clinton, making their assets taxable and at a higher rate compared to currently. Earlier 2016, Mr. and Mrs. Clinton reported a net worth of between 11.3 million dollars and 52.7 million dollars, excluding the value of their homes.

Aside from the estate tax, Clinton earlier on proposed a 30-percent minimum tax rate for people whose incomes are over $2 million and a 4-percent surcharge on incomes exceeding $5 million. Also, she has proposed limits on deductions and higher capital gains taxes for assets held between 1 and 6 years. The increase in short-term capital gains taxes and the 4-percent surcharge exceed proposal Mr. Obama made. Her campaign also stated that she would limit wealthy taxpayers’ use of tax-advantaged retirement accounts and foreign reinsurance companies.

One idea from Obama, Mrs. Clinton has not been embraced is repealing what’s referred to as “the step in basis”, which is the tax rule that allows capital assets to pass to heirs minus paying income taxes on the appreciation in value. According to the statement released by Clinton’s campaign, she would explore additional measures to prevent high-income taxpayers from avoiding paying tax on some income at all or misclassifying income on capital gains.

“As an astute lawyer in the realm of probate, personally I feel the wealth that family has generated should stay with the family”, Proclaimed Attorney Steve Bliss.  “Going by statements from Trump and Clinton, you realize that these people are talking about two different views as far as estate planning and taxes are concerned. While Trump wants the estate taxes to be repealed, Clinton wants the estate tax rate to be raised and the number of household facing the tax to be increased!”

Whether the estate taxes are repealed or raised, you need to consider some fundamentals of estate planning, and these are;

With such fundamentals of estate planning, expect to have a smooth and successful transition during your time of demise. Remember that estate planning is an ongoing process and not a one-time event. With this in mind, it is recommended that you review and update your plan as your family and financial situations, as well as, laws change over your lifetime. Estate planning is for everyone and you need straight-forward thinking so you are not affected by the increase or repeal of the estate taxes.