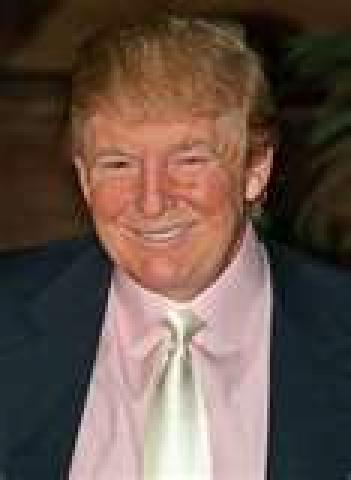 His negative comment was considered timely. Or was it meant to drum up his political plans where Trump was reported to be planning to join the presidential race comes 2012? The issue that Trump was trying to play up was immediately snatched by the media considering his popularity in the international and domestic business communities. But many people, particularly the pundits, are asking as to his intention of poking his ire against China. And who wouldn’t?

China’s trade surplus with United States is now estimated to have totaled $236 billion. Until now, the Obama administration is left with no choice but to use its diplomatic and economic initiatives to convince China to devalue its currency to no avail. In the CNN news poll, 61 percent of the viewers considered China as a threat to American jobs. The remaining percentage did not consider China’s trade relations with the U.S. as an opportunity.

Why did Trump only bend his ire on China as this time when the problem has gotten out of hand? That’s what many people were asking. Was it because he’s announced his presidential ambition? Or he must be suffering from amnesia? Compared to China, the U.S. has thousands of economic experts and  corporate bigwigs who were products of the best business schools that are known throughout the world. Maybe, Trump has forgotten to think that many corporate bigwigs in China had studied in these best U.S. business schools? When they got back to China, they had applied and infused what they learned from American business schools. Perhaps, with some business innovations that allowed China to capitalize on the weaknesses of the American markets and the rest of the world.

It is public knowledge that the United States’ corporate capitalism is without comparison. "America’s democratic representative form of government and quasi-capitalistic economic system made it the most powerful nation on earth," wrote Mr. Salih Hall in the latest issue of the Georgist Journal, a publication of the Henry George Institute in New York. "However, as America grew in power and hope, it also became a land of unbelievable fortunes and grinding poverty," Hall explained.

Hall continued: "In this new political landscape…the concept of representative democracy has given way to the reality that America’s future is in the hands of the very rich." In the same article, Hall defined "Aristocracy as a government by a superior group or class. When a representative government no longer reflects the will of the masses, explicitly becoming the instrument of corporate interests, then those interests have become that superior group or class."

It would only be pragmatic to think that when a particular society is teeming with the impoverished majority, whose spending power is way below compared to those in the elite members of society, the tendency is for them to seek an alternative that would eventually stretch their meager budget at the expense of defeating the good interests of the domestic labor market in general. This is because the capitalists had opted to relocate their businesses to China and other Asian countries where labor is much cheaper than in the United States. They also thought that shifting their manufacturing operations in China would mean less corporate expenses and more profits for them.

Considering the present rate of unemployment in the country, it would seem practical for millions of consumers to buy much cheaper foreign goods even whose durability is questionable compared to those produced in America. I believed that it is no longer the issue of durability that is being thought about by most people but the simple issue of "affordability." Perhaps, this is the type of weakness that those American-educated corporate wizards in China had considered before they launched their attacks on the American markets. They thought that by selling cheap products that are useful, even if they last only for a couple of months, low and middle-income consumers could still afford to stretch their budget and still buy a lot of things for home and personal use.

Therefore, Trump’s accusation to China seems to be out of touch. If he is engaged in the manufacture of goods, there’s no doubt that he’d do the same as what other conglomerates had done. The only problem is that he could not construct building units in China, where labor is very cheap and export them to America and elsewhere. Otherwise, he may have thought about it a long time ago. What is at stake in this issue right now is the will of the millions of consumers. Telling them what to buy or not is surely unconstitutional.  If American wants to get even with China, what it should do is to impose higher taxes on imported goods. Or convince China to devalue its currency? But can the U.S. succeed in convincing China to bend its knees a little more?

What is now happening in  America is an economic reality that should not be jeopardized by the negative voice of a lone corporate bigwig. There is no way we can correct the statistics that showed many people are impoverished. Because these are the same people who would continue to buy cheap imported goods, not only from China,  but from other Asian countries as well. For as long as there are poor people around the world, China will continue to manufacture goods that are intended for this impoverished sector of society.