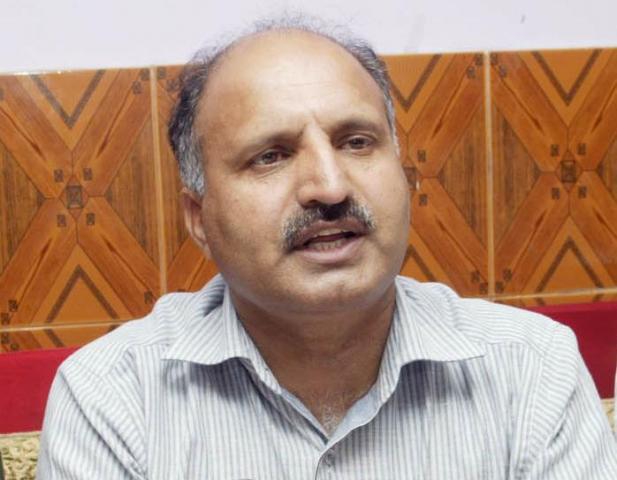 as per the SRO-294 of 2005 issued by J&K Govt. 12 groups in our state have been identified as Scheduled Tribe are (i) Balti, (ii) Beda, (iii) Bot, Boto, (iv) Brokpa, Drokpa, Dard, Shin, (v) Changpa, (vi) Garra, (vii) Mon, (viii) Purigpa, (ix) Gujjar, (x) Bakerwal, (xi) Gaddi and (xii) Sippi but unfortunately many non- Scheduled Tribes have managed the ST certificates through fraudulent ways and means which resulted into a great loss to the existing Scheduled Tribes. In view of this, Roshan Choudhary further appealed the State Govt. to constitute an independent commission to conduct the probe so as to curb the practice of issuing fake ST certificates.

Dr. Zabeer Ahmed Bajjar, General Secretary of Forum, while speaking on the occasion said that despite the Scheduled Tribe communities are identified and their sub – castes are also known to the issuing revenue authorities as well still racket is working against us.  Appreciating the role of State Gujjar Bakerwal Advisory Board in identifying more than 100 fake ST certificates in the Valley, Dr. Bajjar urged the Chairman and Vice Chairman of Advisory Board for the Development of Gujjar Bakerwal to personally intervene and conduct a thorough probe into racket involved in issuance of fraudulent Gujjar/Bakerwal /ST Certificate.  Dr. Bajjar also asked his community members to be vigilant and if any fraudulent ST certificate holder is come to their knowledge should be brought into the notice of Gujjar Advisory Board, Forum or other law enforcement agencies.