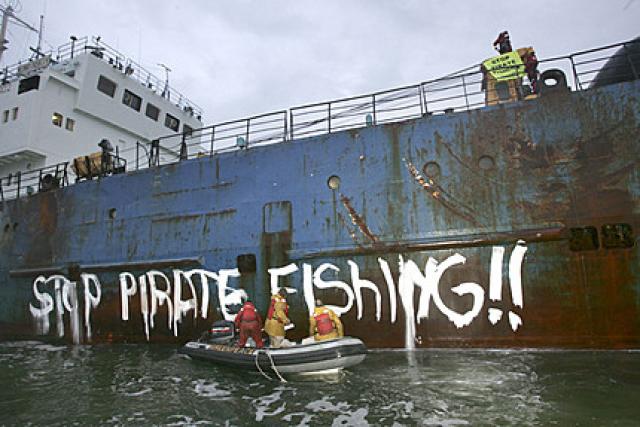 Recently, Greenpeace along with many other anti-whaling activists had interrupted and eventually ended Japan’s whaling expedition. In short, Japan’s whaling fleet returned to the country much shorter than expected. At the same time, it looked as if the ties between Australia and Japan were being strained.

The rapid decrease in tuna has been blamed upon the sushi trend which is growing in popularity in the Western hemisphere. In the United States, sushi restaurants have become extremely popular.

Back in 2002 at least from what I have seen, sushi has become increasing popular amongst those living in the United States. Vietnamese, Laotian, Thai, and Korean restaurants had started to include sushi in their menus to attract more American customers.

Tuna is the main fish used in sushi. I myself am guilty of being part of the statistic that enjoys sushi. Whenever I order sushi, I order the spicy tuna roll.

Right now, Greenpeace is trying to bring focus and attention towards lack of regulation of tuna fishing in the Pacific Ocean.

It is logical to connect the increased demand for tuna fish as sushi has become a trendy dish in the United States. However, there are other types of fish and other types of seafood that can be rolled into sushi.

I tend to order salmon and yellow tail.