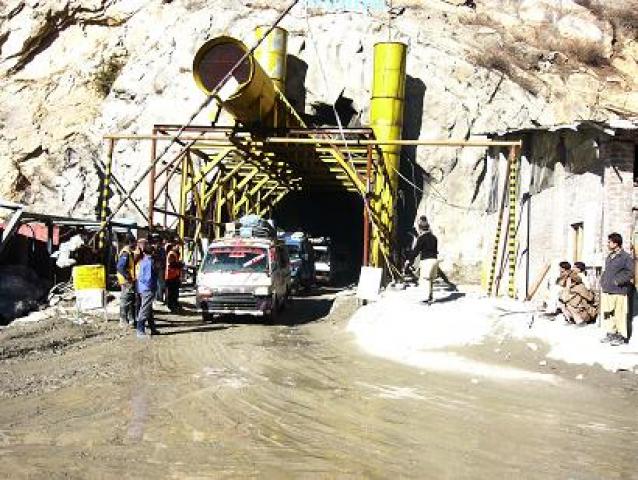 CHITRAL:  Syed Muzzafar Jan President of Awami National Party (ANP) Chitral chapter condoled death of veteran politician and former chief of National Awami party Ajmal Khattak who passes away on Monday. In his condolence message Syed Muzzafar Jan said that Ajmal Khattak was a great leader and always  was fighting for the rights of Pukhtoon nation and always working for their liberation. He said that the deceased never compromise on principles and he also remained in exile only for the sack of Pukhtoon nation. He paid rich tribute to late politician.  President of ANP Chitral and party workers expressed their  deep grief and sorrow over the sad demise of deceased and prayed for the bereaved family to bear this loss patiently.  Meanwhile Muzzafar Jan told that Quran Khani will be held at ANP office Chitral where party workers will recitation the Holy Quran for bestowing his soul.

Road blocked due to heavy avalanches and land sliding.

CHITRAL: Due to heavy snowfall   and felling of heavy glacier the only land route connecting Chitral to other sorts of the country was blocked on Monday at the south portal of Lawari tunnel. As a result Lawari tunnel and the only land route was blocked for all type of vehicular traffic. Talking to this scribe  officials of district administration and National Highway Authority confirmed that Lawari tunnel was closed for all type of vehicular traffic on Monday after fallen of heavy glacier on Dir side in front of the tunnel as a result Chitral remained disconnect with other parts of the country. Hence NHA staff trying to remove the glacier from main road and to open it for traffic. Meanwhile main Chitral Drosh  road blocked at Gang village due to heavy land sliding in front of Ayun as a result traffic suspended between Drosh and Chitral on Tuesday. Snowfall is continue on Tuesday at Ashriat, Ziarat, Lawari top and upper parts of Chitral and supply of electricity is still suspended due to snowfall as a result the whole district plunged into dark and people of the entire district facing great problems. Besides it alternate land route connecting Chitral to Northern areas (Gilgit) also has been blocked at Shundoor Pass due to heavy snowfall as a result thousands of Chitral people have been strained due to blocking of their main road. As well as PIA schedule flights also suspended for the last 3 days due to disturbed weather.