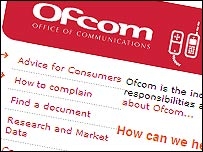 The importance of regulating Britain’s media is because Ofcom is the “embodiment of the reasonable person’s outlook” on such an issue.  That’s according to Kath Worrall who spoke at CoventryUniversity, yesterday.

Kath is chair of the fairness committee and a member of Ofcom’s content board with complaints regarding privacy and fairness dealt with by her.
Recent and well publicised happenings in the reality TV show celebrity Big Brother saw 40,000 complaints made to Ofcom from disgruntled viewers at the alleged racist treatment aimed at Bollywood star, Shilpa Shetty.
The BBC’s Director-General, Mark Thompson admitted earlier in the week in his cathedral lecture how the programme had helped “raise uncomfortable but essential questions” about racism in Britain.
In the future, an increasing number of people will download TV programmes onto their computers, and Worrall posed the question: “Is that still television?”
She added: “This is the heart of discussion at the moment, as we are now in a pattern of choice where the viewer can make their own schedule.  The Communications Act recognises this is a conveyed world – regulation has a limited life expectancy.”
When asked the question as to why regulation is needed, she referred to Britain’s “culture and expectation” when it comes to such a topic.
“We have huge powers and we can fine.  We can take away licences, and have done so with some ‘babe stations’ on Sky’s adult channels.”
She referred to commercial radio station Kiss who was fined £175,000 in 2006 due to, as Ofcom put it, ‘the most serious unwarranted infringement of privacy it had ever heard’.
The fine stemmed from prank phone calls where in one specific instance the presenter referred to as Streetboy rang ‘Mr. R’ and caused him considerable distress.  ‘Mr. R’ mistakenly left voice recorded messages on Streetboy’s phone, believing that he had actually rang his human resources officer.  ‘Mr. R’ had recently been made redundant and was hoping to discuss redeployment opportunities in his company.
“Kiss’ fine of £175,000 is a record to date.  A regulation system is built on trust – and now there is greater media awareness than before”, she added.
To those seeking employment in the media, her message for them was simple: “Read the code.”
Filed under: Music & Film
Share Tweet Pin G Plus Email
previous article: AB 87 to bring recognition to Paso Robles wines
next article: Naked tourist bathes into the Fountain of Trevi in Rome