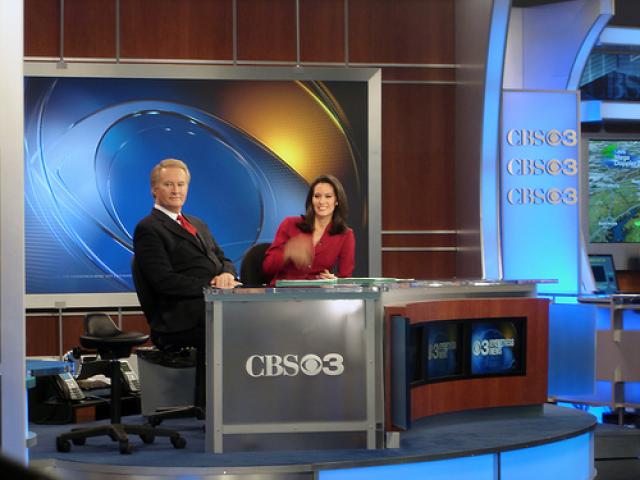 myVIEW: I believe that Larry Mendte has ruined his future after the actions. I believe Alycia Lane is stuck in the middle of a traintrack, she can either go back and move on from TV or stop forward and just try to wait until her damaged figure starts to fade away. I believe Larry Mendte had a reason to be jealous of Alycia Lane as he had been most of his life in the TV Biz. Alycia Lane is much of a newcomer and to make $100,00 more seems a bit fishy. Larry Mendte should have never accessed the emails of his co-anchor. Alycia Lane should get her job back at CBS3. When Alycia Lane was released from her high paying job at CBS3, CBS3 General Manager said she was released due "to the fact she was becoming the target of too many new stories herself". She becoming the target of the many new stories was due to the fact that Larry Mendte was leaking her "private" emails to gossip columnists. I have meet with Larry Mendte and he is a great guy. His wife Dawn Stensland anchor the news on Philly news station WTXF-TV (FOX29). She has not done stories on him. I wish Larry Mendte, Alycia Lane, and Dawn Stensland the best.

[ WE WANT TO HEAR FROM YOU: EMAIL YOUR COMMENTS TO]yourgroundreport@gmail.com