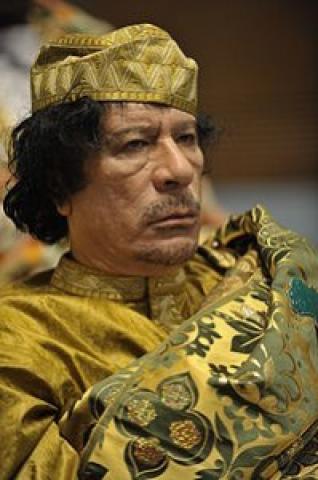 In his first address to the United Nations General Assembly, Libyan leader Muammar Gaddafi more than made up for lost time. His speech trailed on for six times the allotted slot, as world leaders laughed and yawned.

Speaking at the United Nations headquarters in New York, the self-proclaimed King of Kings, who has ruled Libya for almost 40 years, spoke for around 100 minutes. Topics he covered ranged from criticising the UN structure to providing his take on the wars on Iraq and Afghanistan to discussing swine flu to hoping that US President Barack Obama would remain president forever… to calling for an investigation into the assassination of JFK.

Gaddafi, whose travels abroad attract a lot of media coverage because of his eccentric mannerism and his insistence to live in a tent, made a wave on Twitter. In New York, he pitched his tent on property which belongs to real estate tycoon Donald Trump – a plan which was aborted after neighbours complained. Reactions to this address ranged from calling the Libyan strongman a ‘fruitcake’ to sympathising with his stance on a number of international issues.

New Yorker Kalimark is amused with the media attention: Bobonbusiness is confused about the way Gaddafi spells his name and wonders: And Chickyog is hoping for Libyan oil: Meanwhile, @bigajm notes how we have all become conditioned by mainstream media. He quips: