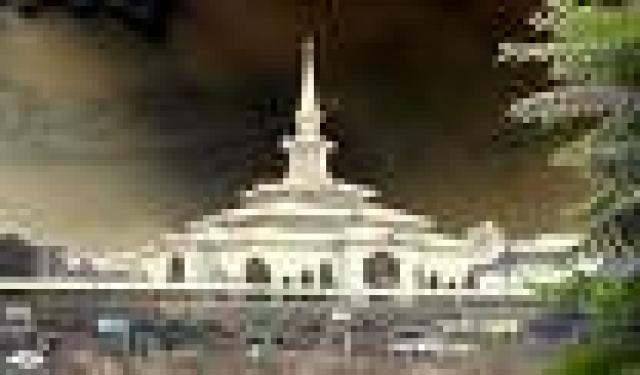 , June 02  (Scoop News) –     J&K Minister for Finance, Ladakh Affairs,  A. R. Rather today announced that the revered shrines of Syed Aali (RA) Pakherpora and Hazrat Sheikh Noor-ul-Din Wali (RA) Chrar-i-Sharief have been brought under the purview of Yusmarg Development Authority (YDA) to develop these as major pilgrim tourism destinations. He said some adjacent areas in the vicinity of world famous Yusmarg tourist resort have also been included in the Yusmarg Development Authority to promote tourism in the area adding that a comprehensive tourism development plan has been formulated for the purpose which would be executed from the current financial year.

Speaking to the gathering of people, after inspecting various ongoing developmental works in and around the Pakherpora shrine,  Rather today said that tourism related works worth Rs 3.50 crore are being executed for beautification of the shrine complex and to provide all the required facilities to the pilgrims visiting Pakherpora.

The Minister said that two main entrance gates of Zirat Sharief, Pakherpora would be constructed as a marvelous blend of ornamental Debri stone work to give aesthetic ambiance to the shrine complex. A modern illumination plan has been conceptualized for lightening of the shrine complex including installation of High Mast Lighting around the shrine.

The Minister said that R&B department has been directed to construct and upgrade all the lanes and drains in Pakherpora for conveniences of the pilgrims and the locals, adding that a works plan amounting to Rs 83 lakh is under execution for the purpose.

Responding to the demands of the people,  Rather said that a separate power Receiving Station would be established in Pakherpora to ensure adequate power supply to the people of Pakherpora and its adjacent areas. He assured that a regular bus service would be shortly started from Pulwama to Pakherpora and Chrar-i-Sharief which will facilitate the pilgrims to visit these revered shrines. He said that the building of Sub-District Hospital Pakherpora will be completed expeditiously and adequate medical staff posted there to provide upto the mark healthcare facilities to the people.

Rather also paid obeisance at the shrine of Pakherpora and prayed for the peace, prosperity and development of state.