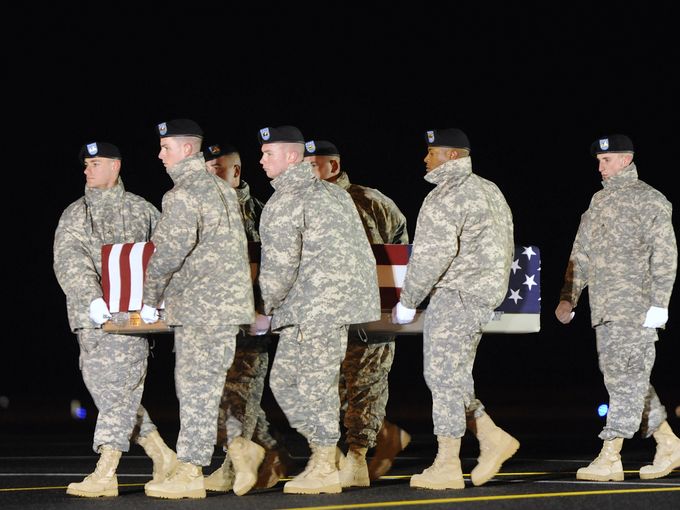 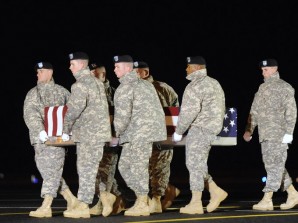 Soldier containing the remains of Sgt. Maj. Wardell B. Turner.

On November 26, 2014 the Department of Defense announced today the death of two soldiers who were supporting Operation Enduring Freedom.

They died Nov. 24, in Kabul, Afghanistan, of wounds suffered when the enemy attacked their vehicle with a vehicle borne improvised explosive device.

What does it take to be an airborne soldier? See video: US Army Airborne School https://www.youtube.com/watch?v=XyKeQBT4Dog

Filed under: Military, News
Share Tweet Pin G Plus Email
previous article: The Three Treatments To Test: New Hope or Detriment?
next article: US backed terrorists in Syria to receive extensive psychological testing as part of new “vetting process” to weed out the really bad ones