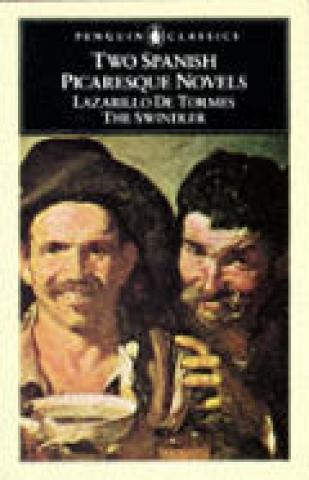 This book came out in 1969, and though published by Penguin Classics, has much of the spirit of that year — chaotic, hopeful, impulsive. These books are clearly untranslatable, but Michael Alpert was undaunted, and I am grateful. Without being clumsily "colloquial," he captures the spirit of loquacious rogues.

The picaresque style appears in many books of the 1950s and 60s: On the Road, The Catcher in the Rye, everything by Vonnegut. (Perhaps also science fiction?) Though Lazarillo De Tormes and The Swindler were written in 1554 and 1626, they remind me of contemporary dialogue — of the way people you meet at a bus stop speak. We tell each other stories of disturbing men, and embellish the details until we are "novelists."

Alpert, in his introduction, calls these books "satiric," but that’s not quite accurate. Francisco De Quevedo and the anonymous author of Lazarillo don’t exaggerate to teach us moral lessons, but because it’s funny — and the inevitable result of travel. Their tales grow by themselves, without any intention, like onions in a pantry.

Elements of the picaresque persist in "gross-out comedies," Christian tracts, rap music. Incidentally, these two books are full of anxiety about being Jewish. (The Inquisition is on, and all the Jews have been officially banished, but some persist in treacherous disguises.)

"Your mother is still alive, but she might just as well not be, because the Toledo Inquisition has got her for digging up the dead… They say she kissed a billy-goat’s arse every night in her house."

[That’s from The Swindler; the hero’s mother is a witch.]