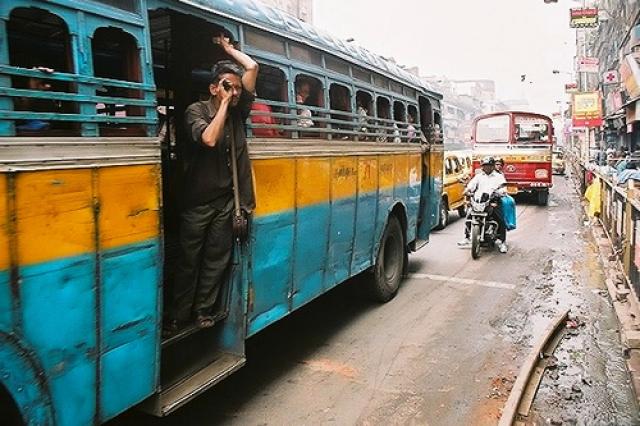 According to eyewitness he has just taken a step on the road & the speeding bus knocked him down. The driver of the bus did nothing to save that man but instead he sped off with more speed.

Moments later another speeding bus on route – 28 came at very high speed and crushed the injured man under the wheels of the bus. The driver of this second bus only braked when the man came under the wheels. Both the driver and conductors did not took the bleeding man to the nearest hospital but instead fled.

That unknown injured innocent pedestrian was brought to NRS hospital where he was pronounced brought dead.

Filed under: Music & Film
Share Tweet Pin G Plus Email
previous article: Steps on the Proper Threading of Sewing Machines
next article: The Summer is time for hard work