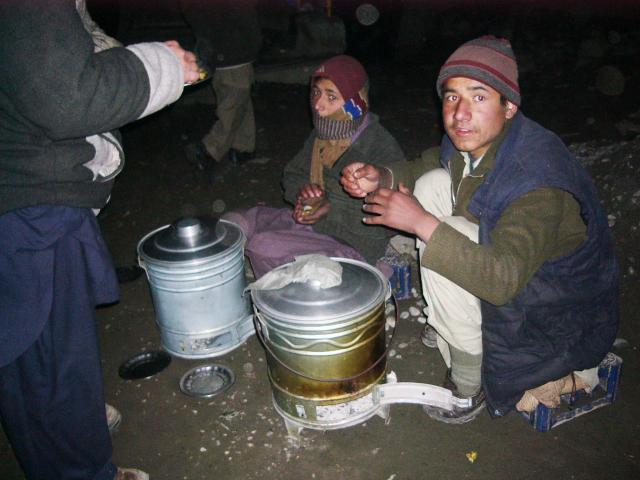 CHITRAL:  Two young girls suicide by jumping in Chitral River. Dead body of one deceased recovered from river while the second one is still missing.  According to SHO police station Ayun two young girls jumped into Chitral River at Ayun and ended their lives. Reasons behind their suicide could not ascertain. They were known as Madina Bibi daughter of Kabeer Khan resident of Ayun village and Farida Bibi daughter of Noor Akbar resident of Orghuch village. Dead body of Farida Bibi recovered from the river while corpse of Madina Bibi is still missing. Local people and volunteers searching her dead body. According to Chitral police annual report some 15 women committed suicide in the year 2008. Ayun police has lodged the case and started further investigations in this regard.

Tug of war contest. It is worth to mention here that both deceased girls belong to one family they are niece and aunty in relation.

Tug of war game contested between Jang Bazar team and Dangarikan village team. In first half time Dangarikan defeated the rival team of Jang bazaar but in the second half time Jang bazaar also defeated Dangarikan team and match was equal. In the final score remained equal and each team defeated other and match ended without any result because both team could not defeated each other and the score remained equal. This is a series of Lawari Rail tunnel jubilation festivals.