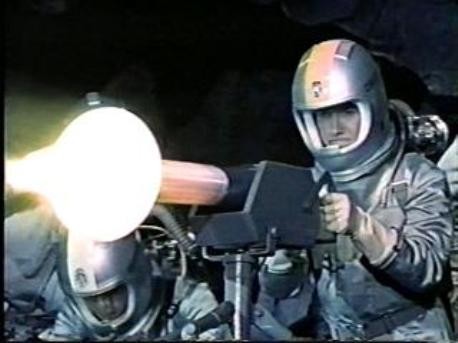 U.S. is fighting a losing battle in cyberspace said Admiral McConnell, former NSA director. He also indicated the number and sophistication of these cyber attacks are growing dramatically worse over the past 5 years. Question at this point is: “How much longer can we hold out before we get hit by a devastating attack?”

“The U.S. is fighting a cyber war today and we are losing it”, said Admiral Mike McConnell in remarks recorded in the Congressional record.

John Michael “Mike” McConnell is a former vice admiral in the United States Navy. During his rather distinguished naval career he served as Director of the National Security Agency from 1992 to 1996.

He spends a lot of his time today sounding the warning bells on cyber security threats facing the United States.

In talking about cyber, the Admiral said: “The number and sophistication of cyber attacks today has increased dramatically over the past 5 years.”

This constant barrage of cyber assaults has inflicted enormous financial damage to our national and economic security already, he warns.

Admiral McConnell worries that in future a cyber attack could bring us to our knees as a nation.

Quite literally stopping us dead in our tracks!

“The United States is more vulnerable here than any other nation on earth”, he explains (see video: CNN: How to protect U.S. from cyber attack http://www.youtube.com/watch?v=8UARznPdjaM ).

“The United States is fighting a cyber-war today, and we are losing. It’s that simple”, he said.

“As the most wired nation on Earth, we offer the most targets of significance, yet our cyber defenses are woefully lacking. . . . The stakes are enormous. To the extent that the sprawling U.S. economy inhabits a common physical space, it is in our communications networks. If an enemy disrupted our financial and accounting transactions, our equities and bond markets or our retail commerce— or created confusion about the legitimacy of those transactions—chaos would result. Our power grids, air and ground transportation, telecommunications and water filtration systems are in jeopardy as well”, he said.

In trying to better explain this the Admiral made a comparison to the past.

“The cyber-war mirrors the nuclear challenge in terms of the potential economic and psychological effects. . . . We prevailed in the Cold War through strong leadership, clear policies, solid alliances and close integration of our diplomatic, economic, and military efforts. We backed all of this up with robust investments—security never comes cheap. It worked, because we had to make it work. Let’s do the same with cybersecurity. The time to start was yesterday”, he said.

So how prepared are we for a cyber attack?

The Admiral put it this way: “Let me make it very clear, if the National Security Agency code breaking side is observing a foreign entity attack a critical infrastructure here in the United States , one that could do strategic harm, they are otherwise powerless to do anything about it. About the only thing they can do is report it”, he said (see video: Are We Prepared for a Cyber Attack http://www.youtube.com/watch?v=K0qS1u7Islk&feature=relmfu ).

Cyber has always been difficult to try and explain exactly, but we’ll try.

We looked around and found this video to give you a visual of what an actual cyber attack looks like.

This is important because cyber attacks are real and cause “real damage to property and equipment”, which in a worse case scenario your equipment blow ups or explodes (see video: Staged cyber attack reveals vulnerability in power grid http://www.youtube.com/watch?v=fJyWngDco3g ).

One was recently launched by the United States against Iran’s nuclear facility, which may have shut down over 1000 centrifuges and caused millions of dollars in damage (see video: Stuxnet – Cyber Warfarehttp://www.youtube.com/watch?v=DSMOs7CF1Eo&feature=related ).

Worse yet the Stuxnet virus (so called) escaped on the internet and is now being picked apart by computer specialists seeking to recreate the virus and make new versions of it, which could, in turn, be used in attacks.

Its a never ending, dynamic and evolving threat we have to deal with.

If this isn’t enough to scare the hell out of you – there is also “a growing dimensional threat of terrorist organizations acquiring cyber capabilities and using them against American interests that we have to worry about”, Admiral Mullen’s said.

Filed under: Military, News
Share Tweet Pin G Plus Email
previous article: Revised package of relief submitted to GOI for Earthquake affected: Vikar
next article: The Transition to Retirement: Brrr! The Water’s Too Cold! Wade Out