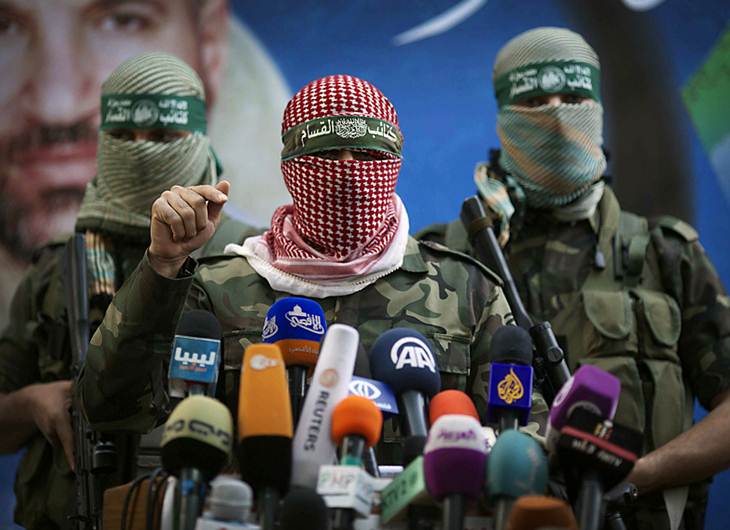 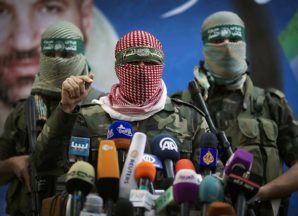 The SPEAKER pro tempore (Mr. David Valadao). Is there objection to the request of the gentleman from California?

(There being no objection).

The text of the resolution (submitted from the Honorable Gentleman from California) is as follows:

“Whereas Hamas is a United States-designated terrorist organization whose charter calls for the destruction of the State of Israel;

Whereas Hamas has killed hundreds of Israelis and dozens of Americans in rocket attacks and suicide bombings;

Whereas since Israel’s withdrawal from Gaza in 2005, Hamas and other terrorist groups have fired thousands of rockets at Israel;

Whereas since June 2014, Hamas has fired nearly 300 rockets at Israel;

Whereas innocent Israeli civilians are indiscriminately targeted by Hamas rocket attacks; and

Whereas 5 million Israelis are currently living under the threat of rocket attacks from Gaza: Now, therefore, be it

Resolved, That the House of Representatives–

(1) reaffirms its support for Israel’s right to defend its citizens and ensure the survival of the State of Israel;

(2) condemns the unprovoked rocket fire at Israel; and

(3) calls on Hamas to immediately cease all rocket and other attacks against Israel.

The resolution was agreed to.

AMENDMENT TO THE PREAMBLE OFFERED BY MR. ROYCE

Mr. ROYCE. Mr. Speaker, I have an amendment to the preamble at the desk.

The SPEAKER pro tempore. The Clerk will report the amendment.

The Clerk read as follows:

After the 6th clause of the preamble, insert the following:

Whereas Iran has long provided material support to Hamas and Palestinian Islamic Jihad, including assistance that has enabled these terrorist organizations to produce longer-range rockets capable of striking Tel Aviv and Jerusalem;

In the 8th clause of the preamble (as so redesignated), strike “and” at the end.

After the 8th clause of the preamble (as so re-designated), insert the following:

Whereas the United States and Israel have cooperated on missile defense projects, including Iron Dome, David’s Sling, and the Arrow Anti-Missile System, projects designed to thwart a diverse range of threats, including short-range missiles and rockets fired by non-state actors, such as Hamas;

Whereas the United States has provided $235,000,000 in fiscal year 2014 for Iron Dome research, development, and production;

Whereas, during the most recent rocket attacks from Gaza, Iron Dome has successfully intercepted dozens of rockets that were launched against Israeli population centers;

The amendment to the preamble was agreed to.

A motion to reconsider was laid on the table.”

NOTE: The Obama Administration has supported the government of Palestine and Hamas to the tune of $500 hundred million dollars in US aid this year alone. Meaning US taxpayers are indirectly funding (another)  designated terrorist organization in the Middle East. That’s your money America!

Filed under: News, Politics
Share Tweet Pin G Plus Email
previous article: Congressman Bentivolio decries slaughter and massacre of Christians in Egypt, Iraq and other parts of the Middle East
next article: Our unconscionable national debt!