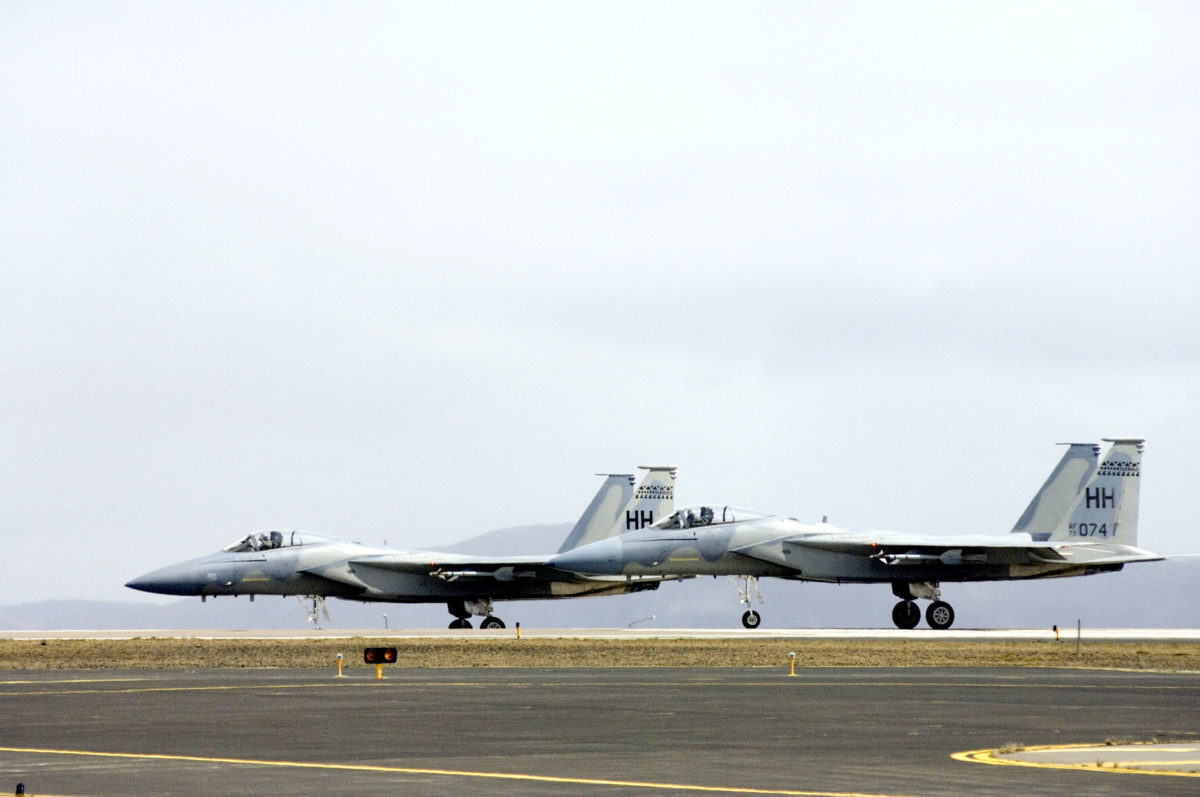 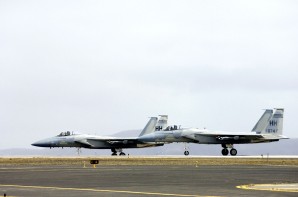 These F-15A Eagles ready for takeoff at US Naval Air Base in Iceland.

“Acting Deputy Secretary of Defense Christine Fox met with Iceland’s Minister of Foreign Affairs Gunnar Sveinsson at the Pentagon today. At the beginning of the meeting, Sveinsson was welcomed to the Pentagon by Secretary of Defense Chuck Hagel. Hagel highlighted the similarities between U.S. and Icelandic priorities for keeping the Arctic region stable and secure, and stated that he looks forward to seeing Sveinsson again at future North Atlantic Treaty Organization (NATO) Defense Ministerials.

“Fox conveyed gratitude for the strong U.S.-Icelandic bilateral relationship and noted that Iceland is a valued NATO ally and an important leader in addressing Nordic regional challenges.

“The two leaders discussed a range of issues, including the current situation in Ukraine. Fox and Sveinsson reaffirmed their countries’ support for Ukraine, and discussed the need for steps at NATO to provide reassurance to our European allies. They also discussed Iceland’s contributions to NATO, including Iceland’s air surveillance radars in Keflavik, as well as Iceland’s support for the ISAF mission in Afghanistan.

“Fox praised Iceland’s leadership role in enhancing regional cooperation, such as hosting NATO air surveillance missions, which recently included key participation by Nordic partner nations for the first time. Fox and Sveinsson also discussed our shared goal of ensuring the Arctic remains stable and secure, and the importance that capabilities like search and rescue will have in the future.

“Fox reiterated the United States’ commitment to Iceland’s defense, and pledged to seek additional ways to enhance our bilateral relationship in order to advance our mutual security interests and meet future challenges.”