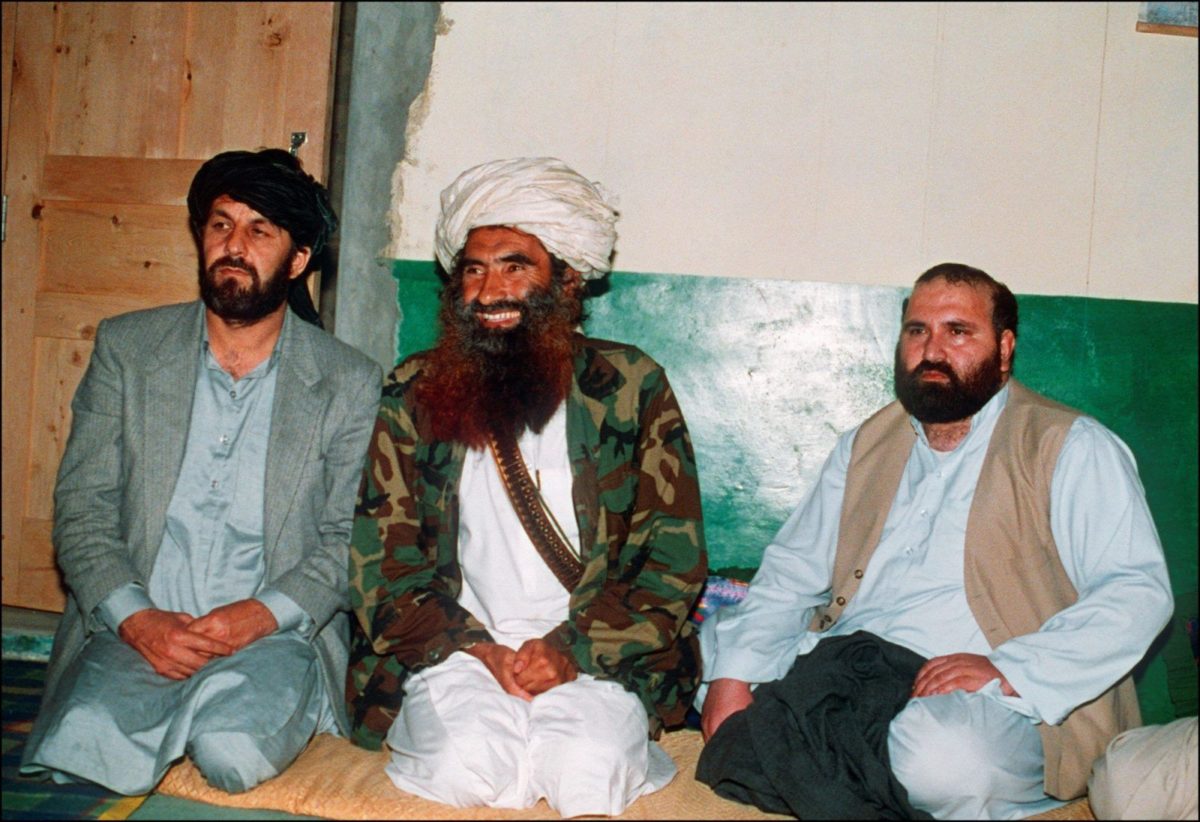 Jalaluddin Haqqani, the notorious terrorist leader of the Haqqani Network smiling all the way to the bank with U.S. taxpayer cash.

American taxpayers are funding terrorism – that is the conclusion of a new report detailing the fact that the U.S. paid more than $150 million to companies throughout the Middle East that are known links to groups that  have helped finance terrorist attacks on US soldiers.

The  most notable example is a road construction company partly owned by one of the leaders of the anti-American Haqqani network.

US lawmakers designated the Haqqani network as a foreign terrorist organization in September 2012 after the Islamist insurgent group was blamed for an bomb attack on the US Embassy in Kabul that claimed 16 lives in 2011.

According to US military commanders, it is “the most resilient enemy network” and one of the biggest threats to the U.S.-led NATO forces and the Afghan government in the current war in Afghanistan .

It is also the most lethal terrorist network in Afghanistan (source: http://www.understandingwar.org/sites/default/files/Backgrounder_Haqqani-FTO.pdf).

A classified military investigation reportedly found evidence that the company worked “in facilitation and operation of the Haqqani network” and, as a result, “approximately $1-2 million per month flow[s] to Haqqani network to finance its activities.”

John Sopko, Special Inspector General for Afghanistan Reconstruction, said he has asked the Department of Defense to cut ties only to be told “no”?

“The reason they’ve given us is that it’s not fair to these contractors that the evidence that we’ve presented, and this is evidence collected by the United States government, is classified,” Sopko said. “That’s the absurdity of it. We can probably attack them via drone on Monday and we’ll send them a contract on Tuesday.”

Previously US officials confirmed that they held peace talks with the notorious terrorist group during the summer of 2011 (at the same time the group was busy killing American soldiers in Afghanistan) with representatives of the militant network at the request of the ISI (Pakistani spy agency).

Secretary of State Hillary Clinton boasted that the US had reached out to the Haqqanis to gauge their willingness to engage in a peace process and that “Pakistani government officials helped to facilitate such a meeting.” (source: Hillary Clinton: US held meeting with Haqqani group http://www.bbc.co.uk/news/world-south-asia-15399820).

Filed under: Military, News
Share Tweet Pin G Plus Email
previous article: U.S. supports the terrorist Haqqani network to the tune of “$1.2 million dollars per day”, according to report
next article: Hilton Pattaya Unveils 2013 Seasons Festivities By The Sea A Truly Unforgettable Occasion at Award-Winning Hotel