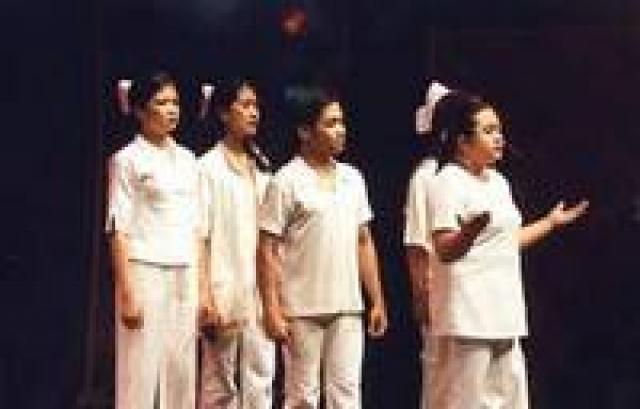 It’s hard to believe when President Barack Obama said during a healthcare summit held at the White House recently about the plan of the United States government to import at least 500,000 foreign nurses to fill up the current shortage that now beset most hospitals across the country.

President Obama’s positive announcement was in response to a healthcare industry executive’s report in the same summit whereby she underscored the strong need to hire foreign nurses, in close consultation with the immigration authorities, owing to the sagging quality of patient care in some hospitals and nursing facilities across the country. Resources for the hiring program could be taken from the recent stimulus economic package approved by President Obama. At this juncture, some of the State governments have already availed their share of the stimulus package, while others have continued to ignore the federal government’s call for them to do the same.

Healthcare industry observers have considered the move timely in the wake of reports that some hospitals and clinics are now experiencing inadequate nursing care for their patients. They said that graduates of local nursing schools are not enough to fill up the rising demands of the healthcare industry. The recent announcement by the federal government to hold the recruitment of foreign nurses and instead focused on the hiring of local nursing graduates may have contributed to the problem.

In some Asian countries, particularly the Philippines, the announcement was a welcome opportunity for thousands of professional Filipino nurses to take advantage of the situation. But requirements did not come in handy for most of them. The primary stumbling block to their aspirations to land foreign jobs as nurses in the United States was traced to the complicated procedures that a nurse may experience. One of these was the taking of the National Council for Licensure Examination (NCLEX), which waspreviously held outside the Philippines, thus making it more expensive on the pockets of those who have no sufficient means to take the said examination. Thanked God, NCLEX examination for Filipino nurses can now be taken in Metro Manila. On the contrary, new nursing schools have sprouted all over Metro Manila, thereby giving some health and education officials big headaches as to what to do with some of them.

Another controversial issue that cropped up recently was the reluctance of the Philippine health department to review some of its policies, particularly those that impinge on nursing volunteerism in some government hospitals. Until now, I have a hard time reconciling with myself as to how a particular government hospital could require its volunteer trainees to shell out P1,500 before they could be admitted as volunteers. Perhaps, it is about time for the health department to investigate on this matter considering that these nursing volunteers have already bled so much financially while they were still at school, not to mention the series of seminars that they have to take before they could land a local job. I don’t think this is acceptable to these nurses, knowing fully well how meager their salary is when they find work at any local hospital in the Philippines.

Filed under: Health & Science
Share Tweet Pin G Plus Email
previous article: Amidst the Conflicts, Who Is The ‘True’ GOP Leader?
next article: Special Election Race Heats Up To Replace Senator Gillibrand