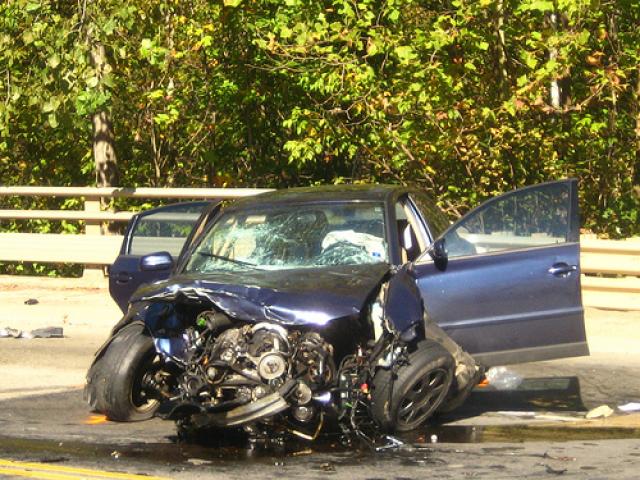 Driving standards in the Middle East have come under the scrutiny of bloggers after several people were killed and 350 injured in a 200-car pile up in Abu Dhabi, United Arab Emirates. While one blogger compared the carnage to what we see in the news about Iraq, others said that it was inevitable.

Syrian blogger Dubai Jazz, who lives in the UAE, writes:

I’ve never seen such a horrible thing happenes in the UAE before, Baghdad sprang up to my mind (evoked by the burning mixture of steel and tires) when I saw these pictures.

Blogger Rosh admits she wasn’t surprised with an accident of this magnitude. She writes:

Bad weather/fog is to blame. Even though, (personally) I feel it’s quite unbelievable, something of this magnitude could happen in the UAE – am not surprised.

Realize a lot of people are moving into the country, and since driving largely, is perhaps the only option of transport, there are more cars on UAE highways. However, personally, I feel it is way time driving culture in the UAE is educated & disciplined. I have witnessed some of the silliest, careless & appalling ways of driving across the UAE.

Rosh again stresses the importance of safe driving, and says:

Is it just me (and Mars) – or anyone else think those cars in flames given the carnage on the 11th (see pictures on post below) quite puzzling? Am confused how several vehicles, caught fire? It seems they were up in flames on impact or something? The flames seem to be on the cars, and not spread across the highway – which should be the case perhaps given leaking petrol?

Am I missing something?

Seabee, from Dubai, cannot hide his exasperation and lets off some steam after witnessing careless driving – despite the accident which sent shock waves through the driving community. He writes:

Since Tuesday morning the media has been full of the carnage of the country’s worst traffic accident, caused by brainless, moronic, criminally stupid people.
There can’t be a driver in the country who isn’t aware of it.

But I’ve come to the conclusion there’s nothing we can do about it.
The fact is, that’s how people are. They are morons. They are brainless. They are criminally stupid. And they’re all around.

He is also angry with authorities for not pinpointing the real cause of the accident and blaming it on fog. He notes:

The fog drove vehicles in to other vehicles. The fog was not paying attention. The fog was on the mobile phone. The fog was speeding. The fog was too close to the vehicle in front. The bloody fog chased emergency vehicles along the hard shoulder.

The first, vital, step in solving a problem is to identify the problem accurately and honestly.

If you don’t do that you cannot solve the problem. Solving it is impossible.

The cause of the crash was driver incompetence. Nothing else.

Driving standards are bad enough as it is, without official announcements that drivers are not to blame for crashes.

Teacherlady writes about her own experiences driving in the Middle East. She notes:

In my own experience, it’s rather like bumper cars or go-carts, only with more expensive and more destructive vehicles, usually driven by less than qualified drivers, minors, or rich kids who don’t give a s*** who they hurt and will only ever slow down if they see a female walking alongside the road so he can desperately try to either get her number or haul her off to rape her in the desert. Okay, okay, not EVERY driver there does that, but I’m describing the worst ones.

She also provides us with a list of more observations, which include:

1) Red lights are optional.
2) Rules don’t apply to the rich.
3) No, that isn’t a car driving itself, it’s a 10 year old kid.
4) Indicators? We don’t need no stinkin’ indicators. You’ll KNOW when I’m changing lanes when you see my license plate inches from your face.
5) Windows may be tinted to the point that the driver may as well be wearing a tea cosy over his head.
6) Single digit vanity plates are worth more than your child’s college education.
7) Should you take a taxi alone and you’re female, assume it as a given that 40% of your taxi drivers will try to molest you.
8) NEVER under ANY circumstances slow down as you approach a zebra crossing (crosswalk) because no one else freaking does.

The funny thing is, I thought it was bad there, but nothing prepared me for Cairo! In Cairo, LANES are optional, but that’s an entirely different story for another day.