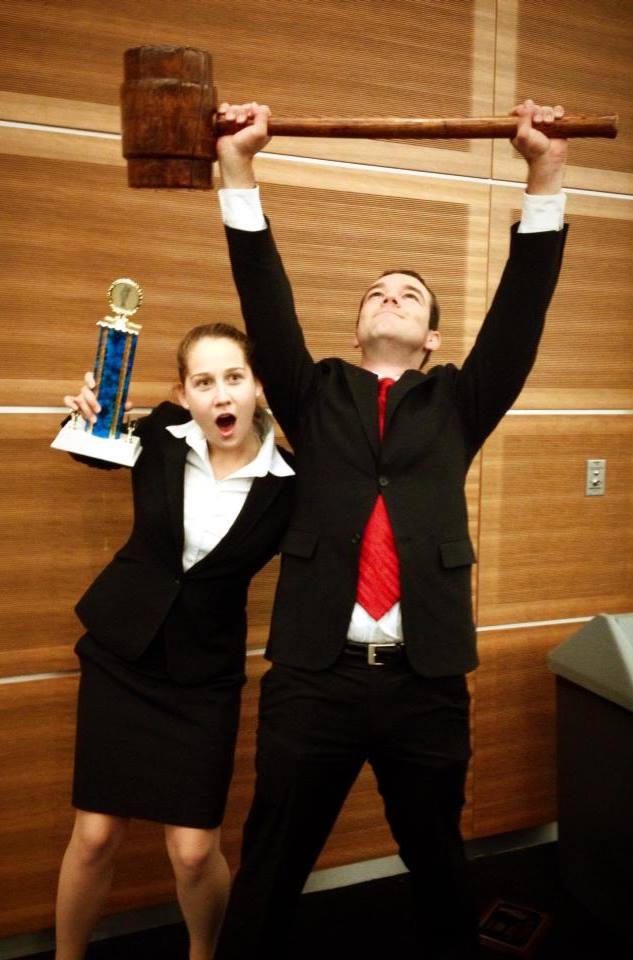 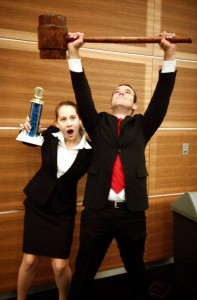 Virginia Stanton(left) and Kyle Burns(Right) celebrate their victory and their new trophy after four hours of intense scrimmage.

GAINESVILLE – While the University of Florida’s football team found itself hammered by Vanderbilt’s plays on the field, another UF team brought home a 3-foot hammer as their victory trophy.

“We made an incredible number of preparations for the tournament,” said 21-year-old Charlene Ochogo, president of the Liti-Gators and team leader of the first place team.

The teams meet to practice twice a week on Wednesdays and Sundays. Ochogo said that prior to the weekend’s tournament the team put in five hour work in order to rework their materials.

“I was beyond impressed with how our members handled the pressure,” Ochogo said.

Two of the four UF trial teams will travel to North Carolina for the next competition at Duke University, which begins Saturday.

“Everyone was incredibly stressed,” she said. “Most of us hadn’t been on the team for more than a year or two.”

At the end of the final day the Liti-Gators erupted into cheers and chomps when Team Targaryen was awarded first place.

“The hammer we got as a trophy is awesome!” Dowell said. “I feel like Kirby swinging around his big hammer.”