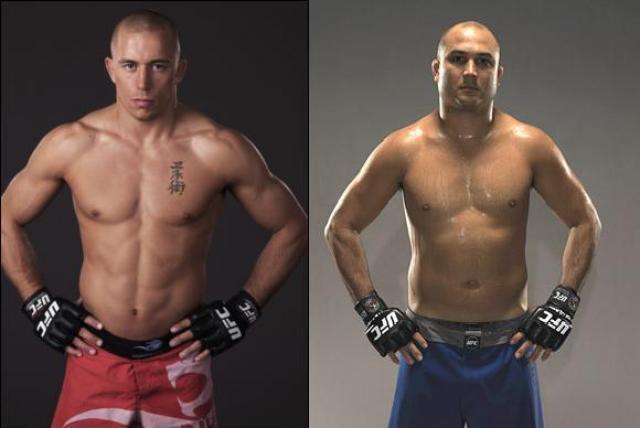 GSP is still on top but BJ Penn is saying something.

After the fight of GSP and Jon Fitch, and the former was announced as the winner, BJ Penn entered the Octagon and congratulated the "Rush" and eventually challenged him. A very good way to steal the spotlight. St-Pierre was not even given the chance to complete his after-fight acknowledgements.

Dana White, president of the UFC, had given his comments about the possibilities of a bout between GSP and Penn; he claimed that both parties are interested. If the fight does take place it would be Penn that will move up in weight and be the challenger. It could happen as early as December and most likely it will be held in the Philippines.