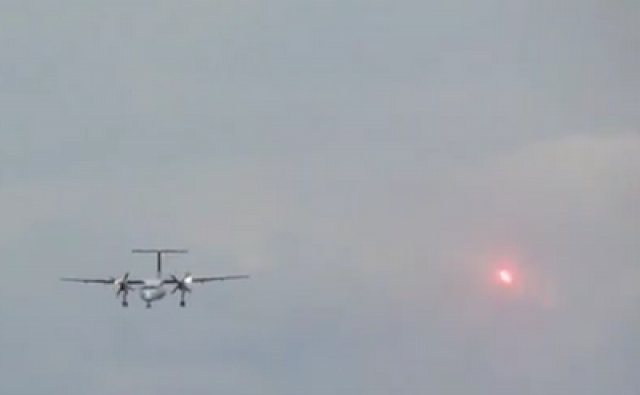 A Philadelphia witness reports that he or she saw a UFO on 22 May 2012 according to testimony supplied from UFO Sightings Daily.

The kind of UFO which the witness showed is consistent with the “lights” described in the “Book of Revelation” which the ancient Pagan Gnostics linked to an alien orchestrated “false flag” scenario designed to lead into the New World Order.

View slideshow: UFO over Philadelphia
Similar red, reddish orange and oranges UFOs have been seen around the world, and were described by the late John Todd as “fallen angels” of demonic archons.

UFO Sightings Daily is coordinated by Scott C. Waring, who is a UFO researcher and author. Mr. Waring had been affiliated with the United States Air Force at SAC base (flight line). He currently owns an ESL School in Taiwan.

The UFO video was sent to UFO Sightings Daily by “an anonymous person”.

Mr Waring notes where the video was taken.

Filed under: Politics, US
Share Tweet Pin G Plus Email
previous article: DO MYSTERIOUS POWERS PROTECT ANCIENT DIVINE TREASURES?
next article: How Reliance scaled up its performance globally in FY2011-12