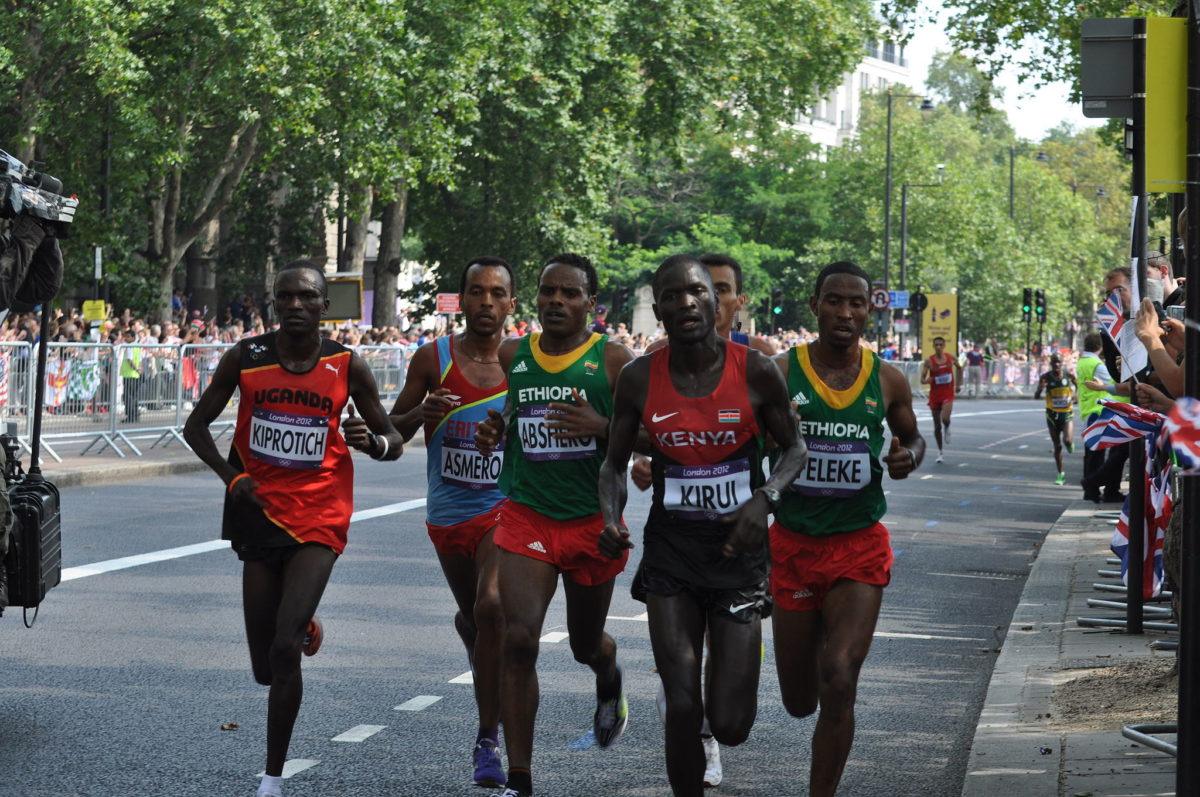 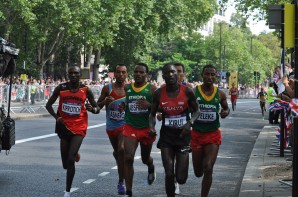 President Yoweri Museveni of Uganda hosted [1] Stephen Kiprotich at his country home for the second time following his victory representing Uganda at the men’s marathon [2] on 17 August, 2013 at the Moscow World Athletics Championships. For winning gold in Moscow, Museveni gave Kiprotich a brand new Mitsubishi Pajero and promised to build the athlete a three-bedroom house, gifts that stirred mixed reactions online.

Kiprotich is not only breaking records in Uganda. The ever-smiling runner is also the third person to win both the Olympic and World championship gold.

With the World Athletics Championship gold added to his collection, the Ugandan runner is now being mentioned in the same breath with other African great runners like Kenenisa Bekele and Haile Gebrselassie.

Stephen #Kiprotich [5] also gets a brand new Pajero, a house in Kapchorwa and a monthly allowance of Shs 5m for winning the #IAAF [6] marathon

There is more to aspirations than material gain. #Kiprotich [5]‘s gold is symbolic.Don’t piss on it even with good intentions. #Uganda [11]

Can they not find other ways to immortalize #Kiprotich [5]? Is their message to their children run for money or run for glory? #Uganda [11]

@Opiaiya [15] Celebrating Greatness is our biggest challenge! #Kiprotich [5] is a humble man. It’s a shame we can’t think further than money!

“@Opiaiya [15]: While money reflects the success of his achievement, over focus on money demeans it too. #Uganda [11] #Kiprotich [5]“

#Kiprotich [5] clear example that Talent breeds Success put aside that 60′s-70′s theory of u have to be studied to make it in lyf.

Collins Mugume (@cmugume [21]), a Ugandan business junkie, had this to say:

Holy Smokes! I should have been born with a running talent!!! 5 Million Ugx pay per month for life if you win Gold. #Kiprotich [5] #Uganda [11]

Patrick Mugumya (@mugumya [23]) criticized Museveni, whom he calls “Sevo” in his tweeet, for his gesture:

Again Sevo does somethin unsustainable in gifting #Kiprotich [5]. If we got 10 golds, statehouse would default on its precedence. Ask Kipsiro

On a positive note, Ugandan communications consultant Maureen Agena (@maureenagena [27]) pointed out the narrative about Uganda should now change:

The narrative about Uganda shd change from idi Amin to a country that has both Olympic and Worldchampion #Kiprotich [5]. #media [28]