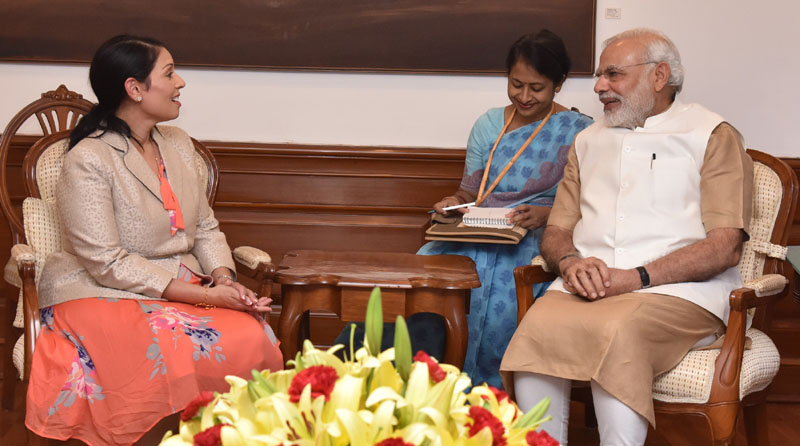 The Prime Minister recalled his successful visit to UK last year in November, and appreciated the follow up action taken on the outcomes of the visit.

Ms. Patel briefed the Prime Minister on the activities and future plans of Department for International Development in India. Ms. Patel also discussed bilateral cooperation in the spheres of skill development, infrastructure financing, innovation, energy, and ease of doing business.