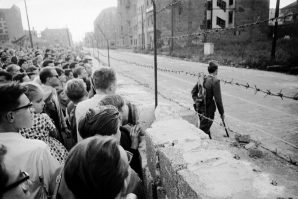 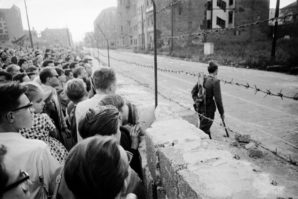 Yet another anniversary of the fall of Berlin Wall, the event which became an important landmark of the 20th century due not only to its historical significance, but also to its symbolism is coming.

Berlin Wall divided at its days not only the territory of Europe. It separated stagnancy and backwardness from development and progress, freedom from captivity, civilization from savageness. It was the only barrier on the way towards the better life which the East Germany authorities managed to create for their people. It seemed to them at the time that only physical barrier may serve to keep the former practice and hold citizens within the boundaries of specified territory. But at the same time it was the barrier which deprived Eastern Germans the choice, freedom and chance to unite with their friends and family.

During the time of the Wall, three generations were changed in Germany. Though, plenty of escape bids from GDR to FRG are also known. Mostly these efforts to overcome the man-made barrier area were not successful, furthermore, many of them cost lives to refugees. The Wall’s victims are estimated in hundreds, though official data shows more conservative figures.

It’s difficult to wipe from memory heartbreaking chronicle shots which show a woman trying to run away from the East Germany to the West. For the escape chosen was the house appeared to be at the boundary of two Germanies. The windows on the one side of the house faced GDR, while the opposite faced FRG. In a literal sense the house in such a way connected two close and at the same time distant worlds, offering an opportunity for refugees to take a leap into the new life. The woman on the shots attempts to get over a window and people from the both sides try to draw her over. Finally, she fall and… the camera catches sincere joy on her face – she found herself at the territory of the FRG.

However, the Berlin Wall was only the material embodiment of the obstacles but not all of them are today destroyed. Almost twenty seven years have passed from the moment of the fall of the Wall, but the current events give rise to doubts whether this Wall was the last attempt to suppress the will of the individual and the whole popular will.

Currently we may observe the effort to destroy another wall in the heart of Europe. Therefore, one is tempted to draw a parallel with the events of those days. Ukraine today looks like a woman from the GDR, trying to make its own choice in favor of liberty and European values.

The confrontation extends through many years and currently it seems to having attained its culmination – the Berlin Wall obtains another symbolic meaning. As the GDR previously, Russia in order to keep Ukraine in the circle of influence involved physical barriers through Crimea annexation unleashing war in Donbass. However, the Kremlin’s efforts are futile – it seems that eastern neighbor is getting aware of it, seeing how barren the efforts to reverse the march of history are. Ukraine has stepped over its Berlin Wall, and there is no way to set back the movement to liberty.

Filed under: News, Politics
Share Tweet Pin G Plus Email
previous article: The Clinton Foundation Has Collected More Than $1.34 Billion Operating As A Fake Charitable Organization
next article: How We Unknowingly Open Doors For Cyber-Troublemakers