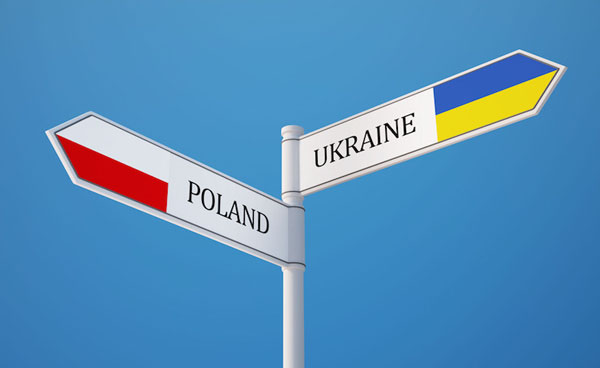 In recent months, diplomatic conflicts between Poland and Ukraine have become main political events in Eastern Europe. Despite the close economic ties and a long-term history of relations between these two countries, Warsaw and Kiev keep difference of principle if speaking of some historic and territory-related matters. Activities of Ukrainian Insurgent Army (UPA) have become a sticking point in the disputes of Ukrainian and Polish politicians. According to Ukrainian historians, UPA was struggling for maintenance of Ukrainian statesmanship. Speaking from Polish point of view, the OUN-UPA militants were war criminals, who carried out genocide of Polish population in Volhynia.

Regardless of the fact that Polish Sejm and government are at liberty to adopt any decisions in point of history of their country, Ukraine’s reaction over those acts of lawmaking and statements of Polish politicians concerning happenings of the mid-20th century is too bitterly. A petition has been published on the website of President of Ukraine with a claim to sue Jarosław Kaczyński, Radosław Sikorski and Jan Dziedziczak at the International Court of Justice in the Hague. The authors of the petition accuse Polish politicians of negating validity of Ukrainian state and the struggle for independence of Ukraine in the 20th century. By so doing, Ukrainians try to call Jarosław Kaczyński to account for predicting worsening of relations between Poland and Ukraine because of glorification of Ukraine’s OUN/UPA militants. Such a petition may well be connected with a draft law at Verkhovna Rada ‘On introduction of amendments to some legal acts of Ukraine concerning allocation of responsibility for denial of the fact of rightfulness of struggle for independence of Ukraine in the twentieth century, and the fact of Holodomor 1932-1933 in Ukraine’. Ukrainian members of parliament suggest that a fine should be imposed as well as criminal liability for alternating variations of historic events.

Reciprocal reproaches between Ukraine and Poland are inevitable due to historic contradictions in relations of these two nations. However, Kiev is politicizing these problems to the max and aims at sorting out their relationship in the International Court of Justice. Such measures are seriously worsening geopolitical environment in the region and lead to more hard-to-solve conflicts in Eastern Europe. Intemperance of representatives of official Kiev and the influence of radical nationalistic movements over foreign policy of Ukraine discredit not only development of Polish-Ukrainian relations, but also further cooperation of Kiev with the EU.

Every year, Poland gives a job to one million of Ukrainian citizens. Poland is also an ally of Kiev in the conflict with separatists in Donbas, and is also main mediator in Ukraine’s EU-integration. Warsaw is led to expect tactfulness and non-escalatory response from Ukrainian politicians. Yet, instead of building good neighbor relations with EU member states, Ukraine keeps standing one step away from declaring a diplomatic war against Poland, which risks nulling all the on-going EU-integration processes.

Filed under: News, Politics
Share Tweet Pin G Plus Email
previous article: How To Use A Juicer to Make Fresh Juice At Home
next article: Equiteq advises McKinney Rogers on its sale to GP Strategies Corp (NYSE: GPX)