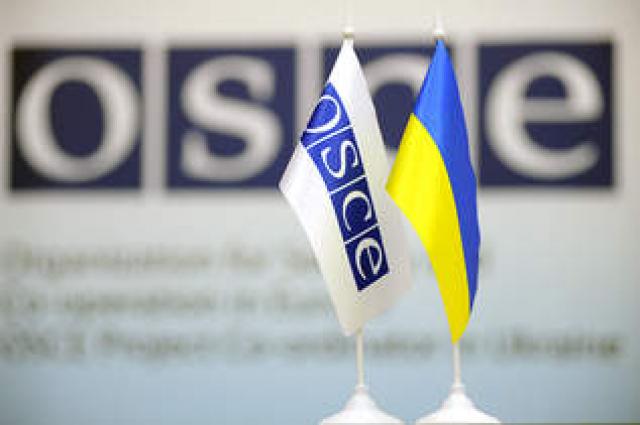 As it’s known, Ukraine will preside in the Organization for Security and Cooperation in Europe (OSCE) within 2013. It is still the largest project on participation of Ukraine in operation of the powerful international organization. After successful carrying out of Euro-2012 it could be regarded as one more test on ability to solve challenges of the international importance successfully, on political and diplomatic competence. To concentrate on realization of the declared objectives Ukraine has carried over its chairmanship to the CIS from 2013 to 2014.
Proceeding from those objectives that the OSCE defines before itself, the chairmanship to this organization opens wide prospects facing Ukraine, offers opportunity to show the leader qualities and to demonstrate its ability to define priorities of the large international organization’s activity to the international community. According to competent international experts, it will be extremely useful to Ukraine, taking into account its aspirations to be integrated with Europe.
The Ukrainian party has already had similar experience of the international diplomacy: for six months of 2011 Ukraine had been holding responsible post of the chairman to Council of Europe and could show active enough position. So, during the chairmanship to Council of Europe it had carried out more than 70 public actions covered the problems in human dimension in comparison with the Great Britain, who is presiding now and has carried out only 5 actions, it could be considered as high enough indicator of activity.
Ukraine has announced that, occupying position of chairman of the OSCE, it will promote to strengthening of analytical potential and efficiency enhancement of all the OSCE institutes as much as possible. It also will aspire to make their activity more purposeful one and answering those basic principles that have been put in the Helsinki Final Act and other basic documents of the OSCE.

Activity on forestalling and frozen conflicts
One of the main priorities of its chairmanship the Ukrainian party considers efficiency enhancement of the OSCE mechanisms in the early conflict prevention. For many years Ukraine has been remaining an active supporter of strengthening of preventive diplomacy in international relations.
As the OSCE chairman Ukraine expects to give new impulse to settlement of conflicts and crisis existing on the territory of Europe; to render effective assistance to post conflict restoration of regions. In many experts’ opinion Ukraine has good chances to achieve some progress in settlement of the Transnistrian conflict in that it has actively been participating in resolving for many years.
Besides, Kiev will promote settlement on the Nagorno-Karabah conflict and the Geneva Discussions on security and stability on Caucasus in every possible way.
The closest one on foreign policy interests and security to Ukraine is certainly the Transnistrian conflict. Official Kiev has worked hard to achieve improvement in this direction. In particular, the Ukrainian party has initiated involvement of the EU Border Assistance Mission to Moldova and Ukraine (EUBAM), ensured the USA presence on negotiations, and initiated preparation of some documents that have confirmed principles of integrity of Republic of Moldova. Besides, process of demarcation of the central (Transnistrian) part of the Ukrainian-Moldavian border has begun.
The situation in Nagorno-Karabah is much more difficult unlike other frozen conflicts. Here the armed confrontation is proceeding now. Peaceful settlement’ negotiations have not practically given positive results for last 20 years. Armenia and Azerbaijan continue to increase their military potential in region. Certainly, under such circumstances the Ukrainian chairmanship to the OSCE will catch uneasy “inheritance”, as the other external factors connected with situation on the power market in region are also involved in the conflict.
Nevertheless, Ukraine puts this challenge before itself trying to realize something that other countries who presided to the OSCE could not achieved. So, it’s able to remember some experience of Kazakhstan who had similar ambitions in 2010 and even gathered the OSCE Summit in Astana for the first time for 11 years. But nevertheless the Astana meeting, where questions regarding Transnistria and Nagorno-Karabah were considered, did not manage to become key one. The sharp questions that had been given for discussion by leaders of the countries-participants of the Summit remained without solution.
Obviously, the OSCE chairmanship 2013 will be good opportunity for Ukraine to give positive impulse in this aspect.

As the OSCE chairman Ukraine also plans to pay special attention to question of resolving the crisis that has been round the Treaty on Conventional Armed Forces in Europe. This international legal document can and should become stability foundation on continent.
Ukrainian position is also based on questions of security maintenance of such countries as Ukraine, Finland, and Austria that should be taken into account by the large countries that have big armed forces and should accordingly assume on responsibility for stability and security in the OSCE region. Certainly, realization of such initiative will demand the long time, however Ukraine considers the beginning of work on renewal of full-fledged and effective performance of the Treaty on Conventional Armed Forces in Europe as one of its chairmanship tasks.

“Economic & ecological measurement”
The purpose of economic & ecological measurement of OSCE’s activity is tracing of the economic & ecological events affecting interests of the member-states for the purpose of attention attraction to occurrence and prevention of threat of the conflict, as well as assistance to development of economic & ecological policy.
Ukraine considers the working out of concrete recommendations for prevention of crises occurrence and solving of already existing problems as the key task on a post of OSCE chairman. Working out of mechanisms for early reaction to new challenges and threats are extremely tasks. Ukrainian state understands that bears a certain portion of responsibility for a situation in the markets of power resources in Europe.
In course of its presidency Ukraine intends to pay a close attention to matters of development of cross-border cooperation between OSCE member-states in the field of ecological safety and environment protection. One of examples of such cooperation, is implementation, with OSCE assistance, of the project on recycling of 16,5 thousand tons of a highly toxic component of liquid propellant received by Ukraine as legacy of Cold War. It represented a threat for ecology and safety of local population.
Kiev is actively engaged in Moldavian-Ukrainian dialogue on steady management of a river basin Dniester. Implementation of this project shall promote improvement of current legislation, working out of a new bilateral agreement of the river basin Dniester and integration in the field of water resources management, as well as deepening of cooperation in the field of public health services.
Global climate changes represent one of serious ecological threats to the Earth. Therefore Ukraine considers strengthening of cooperation in the field of a sustainable development as one of main priorities. Ukraine has voluntary joined the second period of the Kyoto Protocol, undertaking to reduce emissions of greenhouse gases till 2020.

“Human measurement”
Protection and observance of human rights are one of key objectives of the governmental structures of the states, recognition of these rights and fulfillment of obligations in this field underlies freedom, justice and peace.
As far as concerns humanitarian measurement Ukraine considers as priorities of its work struggle against a human trafficking, propagation of tolerance and struggle against discrimination, promotion of a freedom of speech, and resolution of problems related to the national minorities. Attraction of OSCE representative to resolution of issues related to the Crimean Tatars can serve as one of positive practical examples of the interaction in the field of human measurement. The following implementation in Ukraine of projects under the sponsorship of the OSCE promotes strengthening of principles of democracy and supremacy of law and harmonization of the Ukrainian legislation with the established European norms and requirements.

The conclusion
Participation of Ukraine in OSCE activity is a prominent aspect of foreign policy of the state as cooperation with one of the largest and authoritative international organizations, promotes full-scale integration of Ukraine with Europe.
It is obvious, that on a post of OSCE chairman Ukraine will be in the centre of attention of world community, and for reception of a good estimation of its presidency it needs to show a high level of competence and diplomacy in resolution of the tasks and answer to new challenges. The world community expects Ukraine will show high standards in implementation of its external & internal policy being a specific examination for the Ukrainian power.