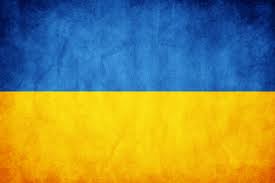 Ukraine, the most powerful former Soviet Republic besides Russia, is giving priority to integration into the global trading system and is looking for sustainable economic development. Its decisions in recent years have been based on these aspirations, with Ukraine becoming one of the first among the Commonwealth of Independent States (CIS) countries to join the World Trade Organization (WTO). The advancements it has seen coming from the Customs Union have been turned down to prioritize the its commitment to the WTO and others like it.

When considering the various vectors of development and deciding their future priority areas for the country, the government of Ukraine is obliged to reckon with the will of the Ukrainian people. It’s no secret that the citizens are more or less split down the middle on the debate between participation in Customs Union and the continuation of European integration.

The EU higher standards of living

The EU is primarily the based on commonly held standards within member state economies and societies. Nonetheless, the specific progress of a country depends not only on their participation in this sphere, but also on the ability of governments to realize the potential inherent in the EU.

It should be stressed once again that Ukraine is committed to the highest international standards in the development of its economy and the welfare of the country.

What is the significance of Ukraine’s choice between the EU and Russia?

Russia has historically been the closest neighbor and most important strategic partner for Ukraine. Comprehensive development of mutually beneficial relations has always been a foreign policy priority for Ukraine, and there remains a great deal of potential inherent in this bilateral cooperation.

In turn, the European Union is not just a union of countries on a geographic basis. First and foremost, it is the embodiment of the idea of ​​a united Europe, with high standards of living, commonly recognized democratic and humanitarian values and a high level of security. Achieving these goals is the Ukraine’s chosen strategic course.

Ukraine is currently closely linked to both Russia and the EU, but has placed European cohesion at the top of its aspirations. In his annual letter to the parliament (written in Ukrainian), President Yanukovych stated:

“Ukraine today has decided on strategic reference points of its development and the ultimate goal of European integration, considering participation in the implementation of the European project with its orientation towards security and prosperity of the whole Europe as a major foreign policy priority”

This and other statements indicate that the relationship between the presidency of Yanukovych and the West has begun to undergo a major shift, which may well lead to the signing of the Association Agreement on 28-29 November 2013 in Vilnius.

In view of this, the European Union and Russia will increasingly apply pressure on Kiev to commit itself to a future, one way or another.

The decision made by Yanukovych on the case of former Prime Minister Tymoshenko will make the difference between a huge step towards progress or a major blow to it. Either way, Ukraine is ready for changes.