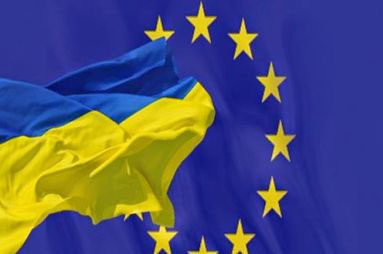 Ordinary Ukrainian citizens and politicians are being increasingly critical now of the EU line towards Ukraine. Speaking at a party conference leader of the Ukrainian Radical Party, Oleh Lyashko, put it plainly, “European Union has betrayed Ukrainians. We are dying while they don’t introduce visa-free regime for us”. First Deputy Chairman of the Verkhovna Rada of Ukraine Iryna Herashchenko in her turn voiced doubts over the ability of the MEPs to stay aware of all the risks after the Ukrainians lost all trust to the EU.

The unprecedented rise of discontent has been manifested in the petition demanding to sue the EU for 60 billion dollars to compensate the losses. The authors of the document believe it’s exactly the sum Ukraine has lost due to the failed commitment of the European politicians to secure integration of the country into the common European area.

Surely, we should delve into this issue and determine whether those accusations are appropriate or not.

Ukraine just like any other claimant for visa-free regime and the status of a full-fledged EU member, is to meet some criteria, including lower level of  corruption and unemployment, dissolution of oligarchic clans in political sphere and somewhat minimal visible economic growth. What are Kiev’s achievements in the context?

According to Transparency International, Ukraine is listed as the most corrupted country in Europe, where every 10th representative of the working population is unemployed, Donbas blockade put to rest any perspective of the country’s economic rise, while the state debt only during the two months of this year hiked by 1% to make the state debt a total of $71,76 billion.

As for the position of the European Union allegedly not supportive of the Ukrainian development and implementation of reforms, it’s just a blatant lie. The EU has always delivered adequate aid to the country. Apart from the EU loans and grants, during the past year only the Czech Republic transferred CZK 11 million to Ukraine so that it could go on with fighting corruption and bringing to life independent mass media. Luxemburg allocated EUR 500 thousand for humanitarian projects. Estonia, apart from financial aid of EUR 400 thousand authorized the Riigikogu EU Affairs Committee to make steps aimed at instigating Ukraine for more active pace of reforms and taking measures to reduce corruption. Also, allocation to Kiev of EUR 600 million is now being under consideration with the aim to patch up worsening economy of Ukraine.

Now, they dare to assert we are just staying idle, doing nothing, being reluctant to give assistance to Ukraine which we allegedly don’t want to see in the united Europe?!

True, Ukraine is still not a member of the European family but it owes this wholly due to its own inaction and lack of desire to change anything. So the authors of the petition should rather readdress their claims to the top leaders of the country. They are exactly those who are to pay the bill now.

Filed under: News, Politics
Share Tweet Pin G Plus Email
previous article: Why You should Know the Quality of Water in your Area
next article: Best board games to teach money management & investment