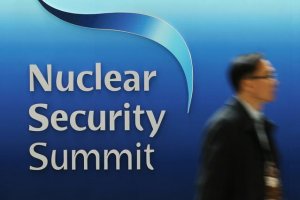 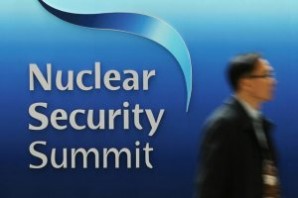 Last year Ukraine became known all over the world because of a large number of dramatic events: the Maydan Square demonstrations, the Revolution of dignity, the annexation of the Crimea, war with Russia in the south-east of the country, corruption scandals, a new government and guest stars – foreign citizens invited as ministers.
Amongst these hectic days, the 20-th anniversary of signing the Budapest Memorandum passed unnoticed … the world is forgetting Ukraine’s immense contribution to nuclear security strengthening and leaving behind given commitments and guarantees. Ukraine inherited from the USSR world’s third largest (after the USA and Russia) nuclear arsenal, consisting of 1900 strategic nuclear warheads, 2500 tactical nuclear weapons, 130 SS-19 and 46 SS-24 intercontinental ballistic missiles. It also had 45 strategic bombers with air-launched cruise missiles. Russia, the USA, the United Kingdom and Ukraine signed the Budapest Memorandum in 1994 to provide Ukraine with security assurances in connection with Ukraine’s accession to the Non-Proliferation Treaty as a non-nuclear weapon state. Ukraine promised to eliminate all nuclear weapons from its territory and its partners, in exchange, reaffirmed their obligations to refrain from the threat or use of force against the territorial integrity or political independence of Ukraine; they promised that none of their weapons will ever be used against Ukraine.
Ukraine fulfilled its promises in full. It transferred all of its nuclear warheads to Russia for elimination and became nuclear weapons free in 1996.. All the ICBM silos were destroyed. By January 2002 all Ukrainian strategic bombers were dismantled or converted to non-military use. Ukraine voluntarily got rid of the important component of its national defense architecture because it took its partners at their words. What’s more, Ukraine sacrificed dozens of thousands of common people, who had worked in that sector and they lost their jobs and became paupers.
Kiev went even further. Ukraine joined 5 multilateral weapon and technology export control regimes. And as a gesture of good will in the course of Washington summit on nuclear security in 2010 Ukraine announced the decision to get rid of its highly enriched uranium stockpiles. Ukraine fulfilled its obligations in this sphere by 2012. Naturally Kiev lost not only its membership in ”Nuclear club” , but its leading position in nuclear research field.

At the same time commitments of Ukraine’s partners have proved to be deceptive. Russia granted security assurances to Ukraine by signing the Budapest Memorandum. However, this document has not become an obstacle to Russia’s annexation of the Crimea, forced seizure of Ukrainian territories and reshaping of internationally accepted borders. Moscow also uses various economic leverages (e.g. gas export) to exert pressure on Ukraine. The USA promised to defend Ukrainian interests and to provide Ukraine with technical and financial aid, but…Ukraine received, in return of its large-scale nuclear disarmament, only $500 Mio through Nunn-Lugar Cooperative Threat Reduction Program.
Now Ukraine is in need. Its friends and allies have to fulfill their commitments in full. The leading countries of the world have to show the patterns of adherence to international treaties and the world will follow them in the future.