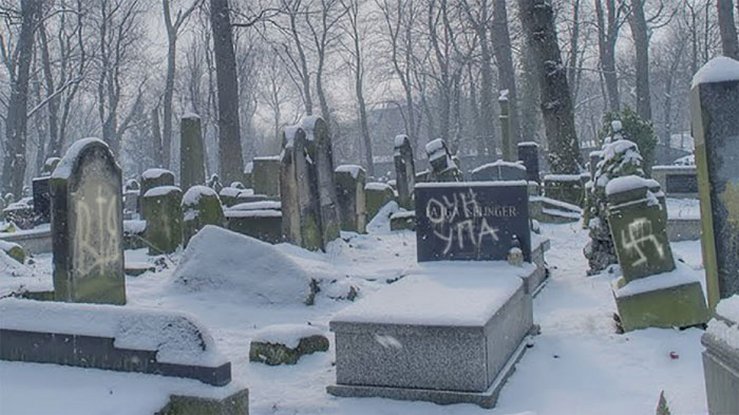 It’s really hard for me to give speech to my feelings, for I can’t just get how it can occur at all in the modern civilized world. How can some people dare to vandalize at burial sites? 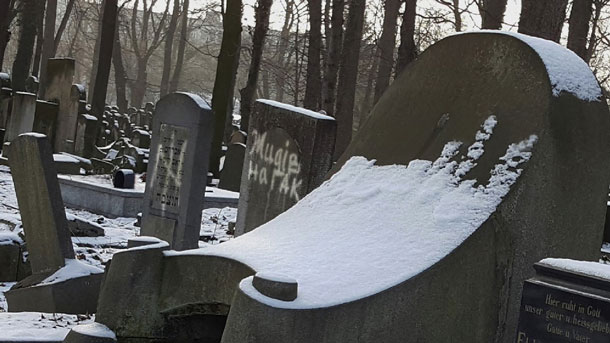 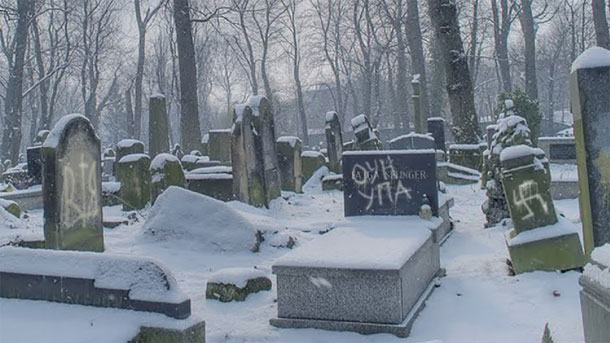 This is a Jewish cemetery in Krakow where vandals covered the century-old tombstones with Nazi drawings and anti-Semitic appeals. This sort of barbarism hasn’t been witnessed here since the time of the fascist occupation of Poland. German invaders were selling tombstones from Jewish cemeteries to bricklayers or just used them to pave the streets in the Plaszow concentration camp. The language of the inscriptions and symbols drawn on the Jewish tombstones reveal the participation of Ukrainian nationalists in this impiety to the Jewish dead. Ukrainian nationalist groupings have been notoriously known for their involvement in this sort of vandalism in Ukraine. Now, those moral morons appear to be trying to show their worth in other countries, too.