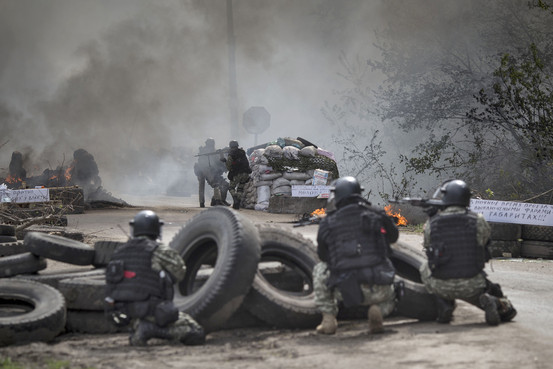 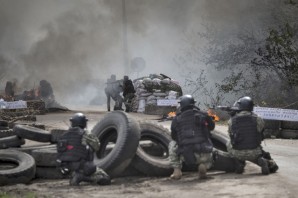 Besieged Ukrainian soldiers near Kiev. Many are deciding to defect  or flee to Russia rather than partake in actions against their own people.

According to a RIA Novosti news report over 400 Ukrainian military personnel requested refugee status from Russian border guards on Monday and Russia’s Federal Security Service (FSB) has opened a corridor for the soldiers.

“Overnight 438 Ukrainian military personnel turned to Russian border guards with a request for refugee [status],” the head of the FSB’s border control in the southern Russian region of Rostov , Vasily Malaeyev, said.

On Sunday, 12 soldiers from the Ukrainian Armed Forces made it into Russia and applied for an asylum at Gukovo checkpoint in Russia’s Rostov Region, saying they had run out of food and ammunition, according to reports.

“Last month, another 40 Ukrainian troops abandoned their military units and asked independence supporters to allow them to come to Russia in order not to fight against their own people.”

Such reports are largely ignored  in western media sources, as is the Ukrainian refugee crisis.

See report: Status on the thousands of refugees fleeing to Russia from the violence of Ukrainian military oppression https://groundreport.com/status-on-the-thousands-of-refugees-fleeing-to-russia-from-the-violence-of-the-ukrainian-military-oppression-2/