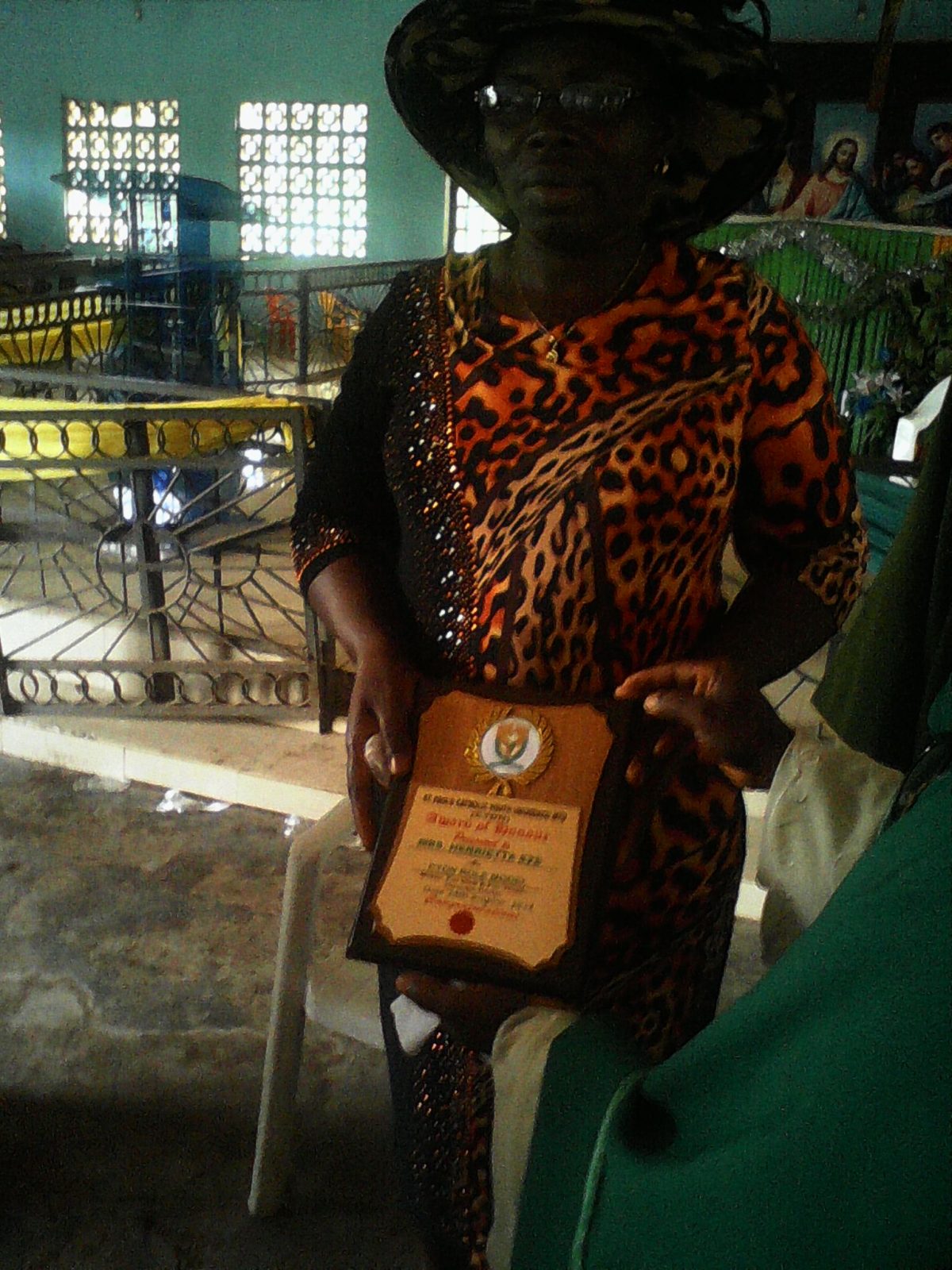 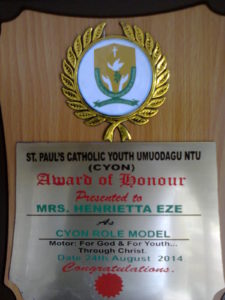 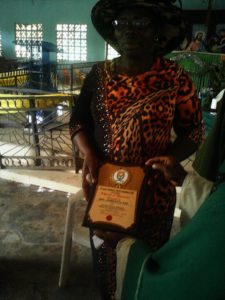 Conferring the “CYON Role Model” honour award on her on 24 August, 2014 which marked the end of the youth week, the Parish Priest, Rev. Father Raymon Onuoha said the award was based on her exemplary life.

Receiving the award, Mrs Henrietta Chukwuemeka thanked the Parish Priest, the youth week Chairman, Ebere Nwaordu, members of the church and all that participated in organizing the youth week for the honour done to her.

While observing that their dress code portray that of prospective mothers, Mrs Henrietta enjoined the youths not to defile themselves before they get married. ‘I have seen you people dressing, your dressing says a lot – you want to be mothers. Praise God. You want to be mothers, but if not for that, you would have appeared in youths outfits, smart and display the ego in youths. Your desire, desperation is so high. I can see it, I can feel it. You want to be mothers. Don’t defile yourself, till the day God gives you your own husband’ she advised.

Mrs Chukwuemeka who was accompanied by her husband to the award conferment ceremony paid glowing praise to Chief Eze Chukwuemeka Eze as she described him as a man who has “kept the marriage bed undefiled”, an exceptional man and supportive.

Chief Eze Chukwuemeka Eze in conjunction with his wife, while making cash donation of twenty thousand naira, one dozen of jersey, footballs and stockings to Ebere Nwaordu, the youth week Chairman thanked God for blinding the eyes of some men which made it possible for him to marry the virtuous woman of his life, adding that if there is reincarnation he would marry her again.

He revealed that it was sports that brought them together while they were still undergraduates in University of Calabar.

The youth week which was initially preceded by workshop on how to make cake, meat pie, chin chin, yoghurt, and seminar on the dangers of premarital sex presented by Mrs Henrietta Chukwuemeka Eze, climaxed on Sunday, 24 August, 2014 with the conferment of various awards on deserving recipients, breaking of cake and decoration of Liza Izuwa and Emeka Ukwuoma as CYON Princess and Prince respectively.

Filed under: Entitlements, News
Share Tweet Pin G Plus Email
previous article: TV IS THE FUTURE–AND THE 2014 MIDTERMS WILL PROVE IT
next article: Guerlain set to launch new fragrance collection in Nigeria at Exclusive Event