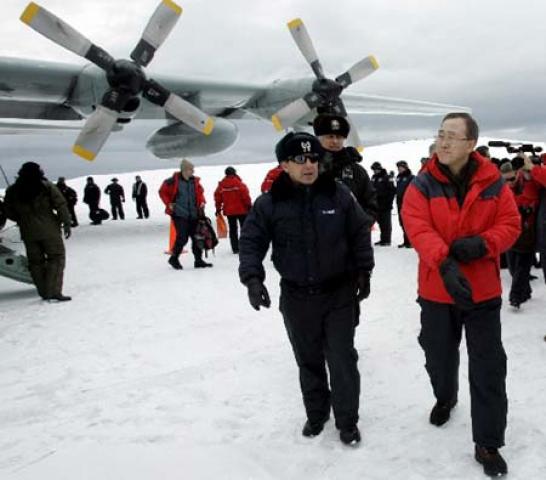 Ban accepted to visit the Antarctica’s glaciers in the South Pole after a personal invitation by Chilean President Michelle Bachelet in the framework of the High Level Event on Climate Change held in New York in September.

After his arrival to Punta Arenas, Ban’s UN delegation boarded a C-130 airplane from Chile’s Air Force to land at about midday at the President Frei Base.

Ban and his UN delegation will return to Natales Port and later take a flight to return to Santiago. He is expected to arrive in the Chilean capital at 7:00 p.m. local time (22:00 GMT) on Saturday.