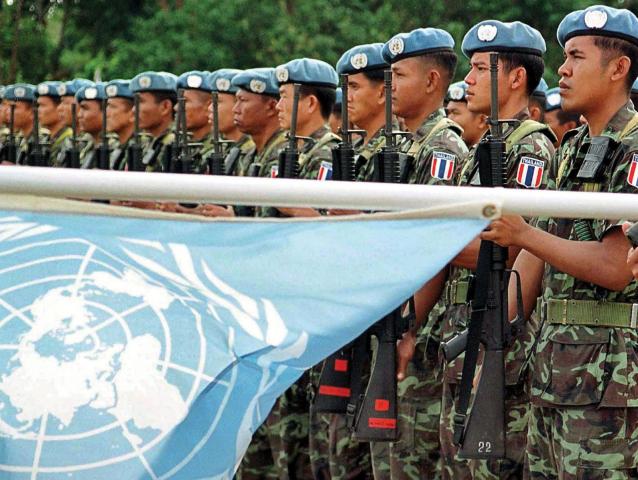 The United Nations must be fuming mad these days upon learning that most of the funds it channeled for the purpose of helping train Filipino soldiers prior to their departure to peacekeeping duties in foreign shores had been misused. Perhaps, it would serve as a wake up call for the U.N. to review the millions of funds it channeled to other countries as well.

Based on the series of public hearings made by the Lower House and Senate Blue Ribbon Committees, it was revealed that some $2 million in U.N. funds had been found to be infused in the accounts of the Armed Forces of the Philippines. Then it was diverted to an intelligence account instead of putting the foreign funds for the safekeeping of the Bureau of the

Treasury. Under Philippines laws, illegal diversion of funds is not allowed. But comptrollers of the Philippines military have the temerity to circumvent the rules in so far as financial transactions involving millions of pesos in the AFP are concerned.

However, the present leadership of the AFP confirmed during the public hearings that reforms in the handling of military funds had been instituted. What about if the whistleblowers did not come out to tell the world that this kind of shenanigans are happening inside the military headquarters?

Perhaps, COA can start with the Bureau of Internal Revenue, Bureau of Customs, Department of Public Works and Highways, Department of Environment and Natural Resources, Land Transportation Office, and others. What COA can do right now is to ask the United Nations the list of Philippine government agencies where these funds were given. Then, they can start from there.

In order to stop these types of shenanigans in the military, Lower House defense committee chair Rodolfo Biazon had asked the COA to conduct a special audit of all United Nations remittances to the Philippine government, especially those that has something to do with the peacekeeping operations wherein Filipino soldiers are involved. Biazon also asked the audit agency to probe into the alleged double charging of aircraft repair to the UN fund and to the Philippine government.

Recently, media reports confirmed that funds intended for the allowances of Filipino peacekeepers in foreign countries was deducted $400 each as payment for the services of the trainers and food during the duration of  their training. Each member of the peacekeeping force is entitled to receive $1000 in monthly allowance for their services abroad but they are not getting this amount, reports said.

COA assistant commissioner Lourdes Castillo said that government auditors are determined to look into the UN fund mess by looking at the records provided by the United Nations. She said that COA failed to  complete its audit investigations many years back due to lack of records needed for the audit.

Castillo was quoted as saying that the COA is now committed to resume its audit investigations on the misappropriated UN peacekeeping funds.