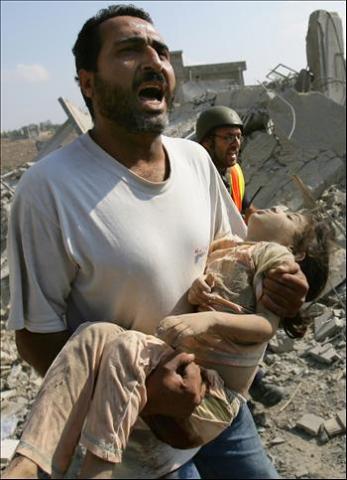 New York: After two week wait, killing some 800 innocent civilians and thousands wounded, the UN Security Council approved a resolution of an immediate ceasefire, whereas, 14 countries took part in the voting but US as usual abstained.

UN has suspended its humanitarian work in Gaza, after the killing of a UN Palestinian driver, when Israeli tanks attacked a UN convoy.

On the other hand, not only civilians but also the aid workers are falling prey to the Zionist aggression, everyone is the target, however, Israel is not allowing the medics from the west bank in to Gaza.

The West is playing politics at this hour of ordeal and especially US backing of the Zionist state is another reason in the Middle East unrest.

The protests rallies are going on all over the world, in Venezuela, the protestors attacked the Israeli embassy.

Turkey has cancelled its team tour to Euro cup Basketball championship, in protest to the Israeli aggression where the Israeli team had to play its matches.

Filed under: Politics, World
Share Tweet Pin G Plus Email
previous article: Humanitarian aid suspended to Gaza
next article: Africom could be a headache for Obama