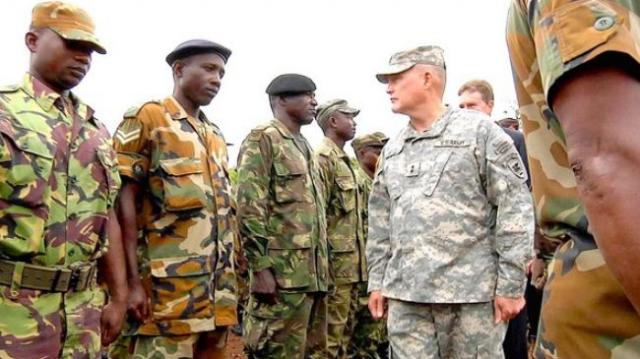 Recent efforts have been made by the Somali federal government to lift an arms embargo that has been in place since 1992. When Somali dictator Mohammed Siad Barre was ousted from power in 1991 and the country fell into a civil war between warlords struggling for power, the UN Security council unanimously passed the embargo on all arms supplied to Somalia in an effort to stop the rapidly deteriorating humanitarian situation. Since then, the embargo has been amended, most notably to include 17,000 troops from the African Union in an attempt to keep peace in the region, but also to specify its intentions.

Last year, the Somali government held their first elections in 20 years after they ratified their new constitution, creating the first central government since the beginning of the civil war. However, during the war a radical group of Islamists linked to al-Qaeda called al-Shabaab broke from the transitional government, and took control of large sections of Somali territory. Their goal is to take control of the government and enforce Sharia, which is a strict form of Islamic law that threatens the ideals of the new parliamentary government. The new government has a small and unorganized military force, but in collaboration with the 17,000 AU troops and their neighbors, they have made significant progress against the militants. In spite of this progress, the Somali government has asked for the arms embargo to be lifted so that they can bolster their military and take care of the threat permanently and establish a government that controls all of its allotted lands.

Mixed feelings about lifting the embargo

The Somali request has been met with mixed opinions in the Security Council. The United States stands behind Somalia, as it coincides with their current objectives to exterminate al-Qaeda, but many of the council’s diplomats remain wary of bolstering the military of such a new government. Two of the other major players in this decision, Britain and France, remain wary of arming such an unproven and potentially unstable government. They argue that Somalia already possesses too many arms, as they have been supplied by Yemen and Iran for some time. One diplomat went so far as to say "This move would come with significant security risks and would set a deplorable precedent as the situation is still extremely volatile." However, along with the support of UN Security Council Secretary General Ban Ki-Moon, it seems that the council is open to lifting the ban.

The proposition, written by Britain, will accurately reflect the care that be taken when considering such a proposition. The document, which would last for only one year, calls for the government to give five days notice to the Security Council when arms are to be moved throughout the country with details of when it will be moved, the contents of the shipment, where it will be going to and coming from, and the quantity of each item being moved. It also calls for regular reports on the status and structure of the army to ensure that the arms given will not fall into enemy hands and will remain well maintained. The British plan also states that heavy arms (such as artillery, ground to air missiles, and howitzers) will not be allowed. Furthermore, it will remain strictly illegal for any arms given to be resold or be used by any party other than the official Somali government. The same proposition also includes a renewal of the 17,000 AU troops, who will remain to continue to bolster the new military force that emerges in Somalia. The resolution is being put to vote tomorrow, Wednesday, March 6th by the UN Security council and is expected to pass.