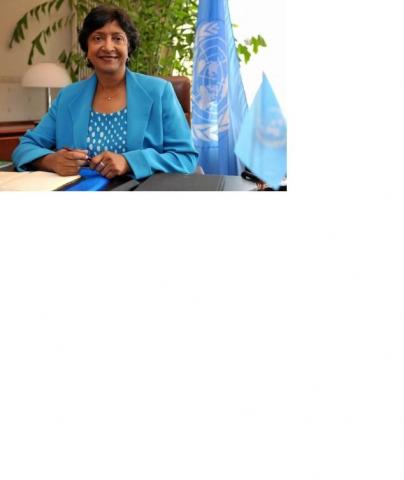 The United Nations is considering a move to investigate human rights violations committed by the Libyan government.

Libya is in chaos and most of its people have continued to rise up against the waning leadership of Col. Muamar Ghaddafi, whose control of government has been topsy-turvy.
Media reports said many of his remaining supporters have used brazen force against thousands of peaceful protesters who have not given up hope that pretty soon the Libyan leader will finally step down from power and hand it over to the one who is picked by the majority of the Libyan people.
As of this writing, hundreds were killed, while thousands are left stranded at the borders of Tunisia and Egypt. Sadly, many overseas foreign workers were held hostage by a group of armed men, whose motive is not yet known until now. At least 34 Filipino workers are being kept in an undisclosed place inside Libya.
Navi Pillay, commissioner for United Nations Commission for Human Rights (UNCHR), said in a broadcast interview yesterday that his office will exhaust all means to investigate and get to the bottom of human rights violations in Libya, where hundreds of people had been killed allegedly by armed supporters of the Libyan leader.
President Obama has shared the sentiments expressed by the UN. He also criticized the way the Libyan government handled the political unrest in that North African nation where Ghaddafi served for more than 40 years.
Meanwhile, China , which plays an important role in Libya’s economy and infrastructure development, has pulled out its technical manpower in Libya as a show of protest to the Ghaddafi government over the killings of unarmed protesters.
But the Libyan leader is putting the blame on al-qaeda group for the continuing unrest in Libya, saying that it helped in inducing drugs to the millions of protesters.
Filed under: Opinion, World
Share Tweet Pin G Plus Email
previous article: Sri Lanka-Awareness Walk On Malaria To Be Held In Non Malaria City?
next article: New GroundReport Feature: Anonymous Post