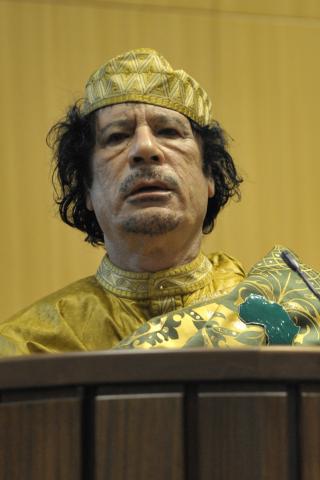 The UN estimates that 1,000 people have been killed since protests began on February 15th.

The resolution includes an arms embargo, asset freeze, and a travel ban on Col. Gaddafi and his associates. It also refers Gaddafi to the International Criminal Court (ICC).

UN Secretary General Ban Ki-moon said, “The violence must stop. Those responsible for so brutally shedding the blood of innocents must be punished. Fundamental human rights must be protected. The challenge for us now is to protect Libyan civilians and do all we can to halt the ongoing violence.”

Susan Rice, US ambassador to the UN said the US was happy to have co-sponsored the resolution.

“We are pleased to have supported this entire resolution and all of its measures including the referral to the ICC.

“We were happy to have the opportunity to co-sponsor this and we think that it is a very powerful message to the leadership of Libya that this heinous killing must stop, and that individuals will be held personally accountable.”

Despite the resolution passing unanimously, five of the 15 security council members, comprising China, India, Lebanon, Russia, and the US, do not themselves accept the ICC’s jurisdiction.