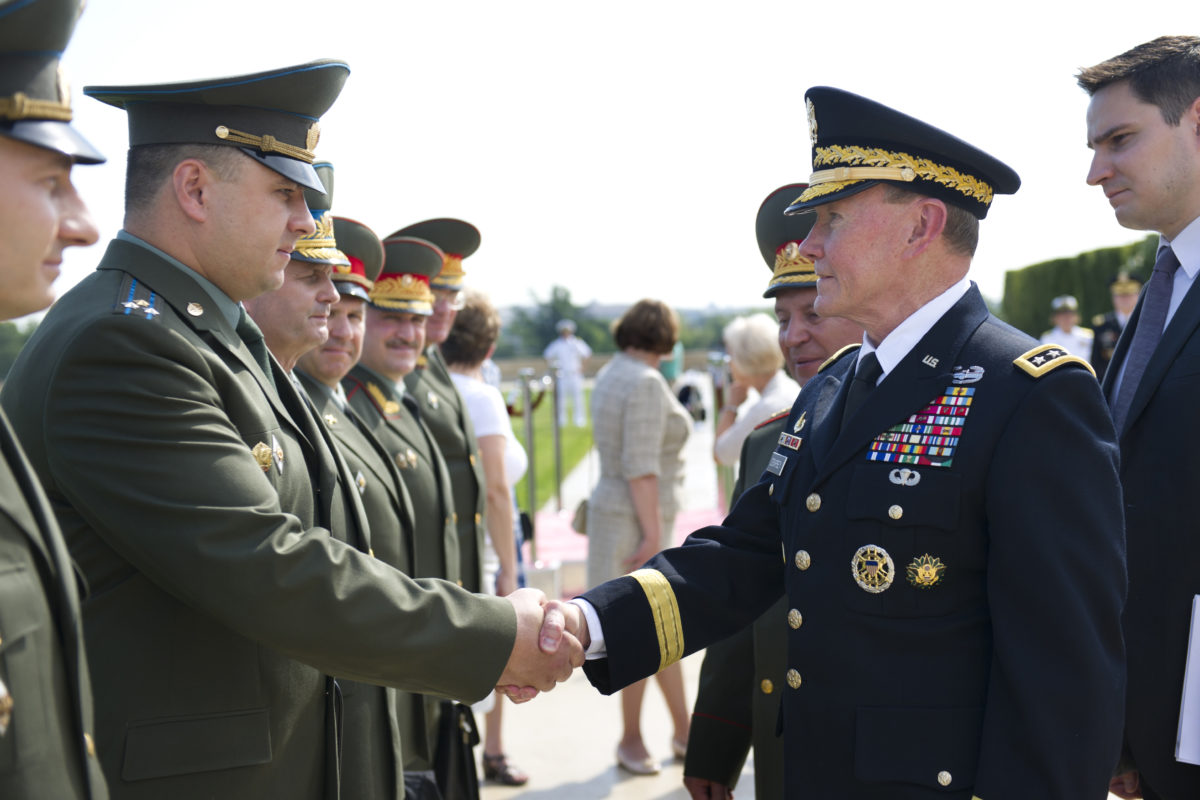 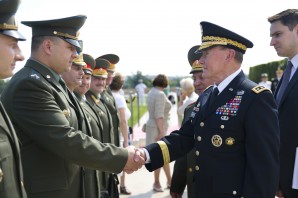 Proof Russia and the US can be friends: Chief of General Staff of the Armed Forces of Russia Gen. Nikolai Makarov introduces his staff to the Chairman of the Joint Chiefs of Staff Gen. Martin E. Dempsey for a Full Honors Cordon at the Pentagon in Washington DC, Jul. 12, 2012. (DOD photo by D. Myles Cullen.)

On December 4, 2014 Vladimir Putin gave his annual Presidential Address to the Federal Assembly, which was largely ignored by the western media but very important in its implications, not only for Russia but the entire world.

After alluding for a moment to the 70th anniversary of the Great War in Europe Putin said:

“No one will ever attain military superiority over Russia. We have a modern and combat ready army. As they now put it, a polite, but formidable army. We have the strength, will and courage to protect our freedom.

We will protect the diversity of the world. We will tell the truth to people abroad, so that everyone can see the real and not distorted and false image of Russia. We will actively promote business and humanitarian relations, as well as scientific, education and cultural relations. We will do this even if some governments attempt to create a new iron curtain around Russia.

We will never enter the path of self-isolation, xenophobia, suspicion and the search for enemies.

All this is evidence of weakness, while we are strong and confident.

Our goal is to have as many equal partners as possible, both in the West and in the East. We will expand our presence in those regions where integration is on the rise, where politics is not mixed with economy, and where obstacles to trade, to exchange of technology and investment and to the free movement of people are lifted.

Under no conditions will we curtail our relations with Europe or America.”

Filed under: News, Politics
Share Tweet Pin G Plus Email
previous article: “No one will ever attain military superiority over Russia”, says Putin
next article: “US global missile defense system poses a threat not only to Russia but the entire world”, warns Putin