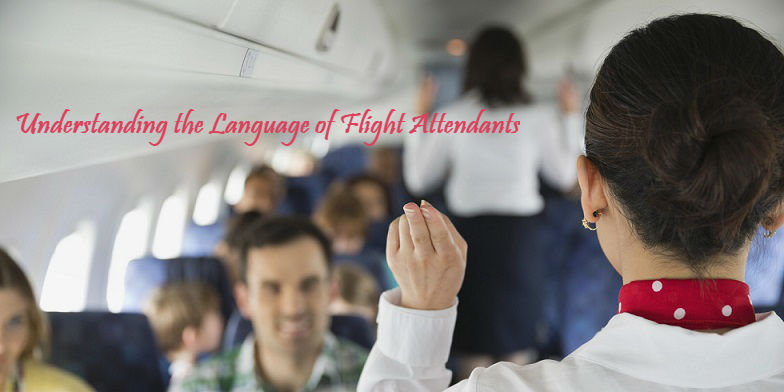 When you are an airline flight attendant, you are going to be immersed in a world of language which cannot be ignored or avoided. Even though the standard language around the world when it comes to aviation is English, it is the phonetic alphabet which is unavoidable for people who are interested in flying operationally.

Even though this might be strange to some people initially, it becomes familiar quite quickly when you spend some time in the world of flight attendants.

But why does an airline need to use this language? Well, the world is a very small place when you’re in an aircraft. You can cross dozens of countries within a day, and all of them would have pilots or air traffic controllers who have accents which are native to their country of origin.

In order to save any sort of confusion and to offer precision and clarity when it comes to identification on airways, the industry communicates using the system known as the phonetic alphabet. This alphabet has been development fairly recently so that soldiers who were fighting wars could send messages through the radio to other soldiers in the middle of a battle without any misunderstanding because of poor reception or the noise from the battle.

Basically, the use of this alphabet sounds every word with the letter you are wanting to say. This way, letters such as C and D, which sound similar, can be identified correctly. While you might mix up C and D, you can clearly tell the difference between ‘Charlie’ and ‘Delta.’ It’s just a matter of sounding the letters out and spelling the words which you need to communicate.

Operationally, this has been used always for identifying aircraft or anything which requires a certain understanding. When you are a flight attendant, you need to know this alphabet as it is going to be used and you are going to hear it quite often when you’re at work. You will very soon find that it creeps into your language as a sort of shorthand which can help all crew members understand each other with ease.

Let’s take a look at the words which make up this phonetic language:

If you are learning the language, you should write down these words on a piece of paper and practice whenever you get a chance. All you need is a little practice, and you will eventually learn the alphabet without much trouble. You will no longer find it hard to apply this alphabet whenever needed to and eventually you will reach a point where it comes to you naturally and without any effort.

You should know that numbers have pronunciations of their own too. But that is a story for another article. So what are you waiting for? Start practicing your phonetic alphabet today. It’s a talent worth adding to your resume as well.