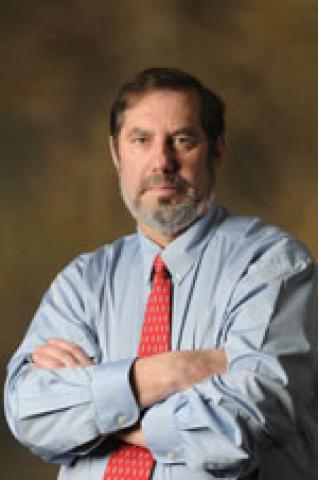 With a motorcycle police escort, the United Steelworkers (USW) “Toxic Trader” puppet lurched down Pennsylvania Avenue, past the White House last week, on his way to the Grand Hyatt Hotel on in

That is where the Bush administration-backed Import Safety Summit was being conducted by industry leaders and lobbyists who proposed self-instituting standards for safety rather than face government-imposed inspections and regulations to ensure products shipped into this country don’t maim and injure consumers.

On the sidewalk, just outside the summit, three red-caped Toxic Avengers slew the evil puppet and saved the world. That was the point of the USW’s street theater production, which travels the country to protest unfair trade and so-called free trade deals that export jobs and flood our shores with unsafe imports, from tainted fish to deadly dog food.

Steelworkers also dropped a huge banner inside the Hyatt Hotel as the summit ended, with a clear message for participants: “Unfair Trade Kills.” Victims of unfair trade have included a four-year-old boy who was poisoned from swallowing an imported lead pendant that came attached to his shoelace, 81 patients who died after taking contaminated heparin blood thinner imported from Chinese manufacturers and two Philadelphia carpenters killed in a car crash, which plaintiffs in a lawsuit for the men assert was caused by defective imported tires. The tires have since been recalled.

The USW’s puppet and street theater production are part of a long history of steelworker protests against unfair trade that has both endangered the health of citizens and threatened their livelihoods by shipping their jobs overseas.

The USW launched the Stand Up for Steel campaign in 1998 to fight back against unfair foreign imports. The United Steelworkers union was among the protestors against unregulated so-called free trade in in 1999 and in in 2003. And we helped alert the public to the dangers of lead paint on imported toys last year by conducting a public awareness campaign and handing out lead testing kits.

This isn’t about shutting down trade. American workers will compete with the best of them. It’s about fair trade. We want our trade treaties to require respect for environmental and labor laws. As Red Blake, a steelworker who is about to lose his job at a Goodyear tire plant in , pointed out, he does not want to forfeit his livelihood to a foreign worker who is not protected from toxins and workplace hazards that the USW negotiated for years to ensure that he would be safeguarded against. He does not want to lose his job to a foreign worker who will be paid pennies per hour, and then buy the cheap tires that person makes only to discover later they are substandard and unsafe.

Voluntary standards the industry implements itself will not protect the public in such a situation. Industry must be held accountable. And the Bush administration is far too close to industry lobbyists to be trusted to hold any corporation answerable for anything. That is why the summit at the Hyatt was disingenuous and deserving of protest.

No one knows how many toxic traitors were inside the Hyatt that day. We only know for sure that there was one Toxic Trader outside. He was slain by the Toxic Avengers. Unfortunately, that was only theater. Good public policy is far harder to accomplish.