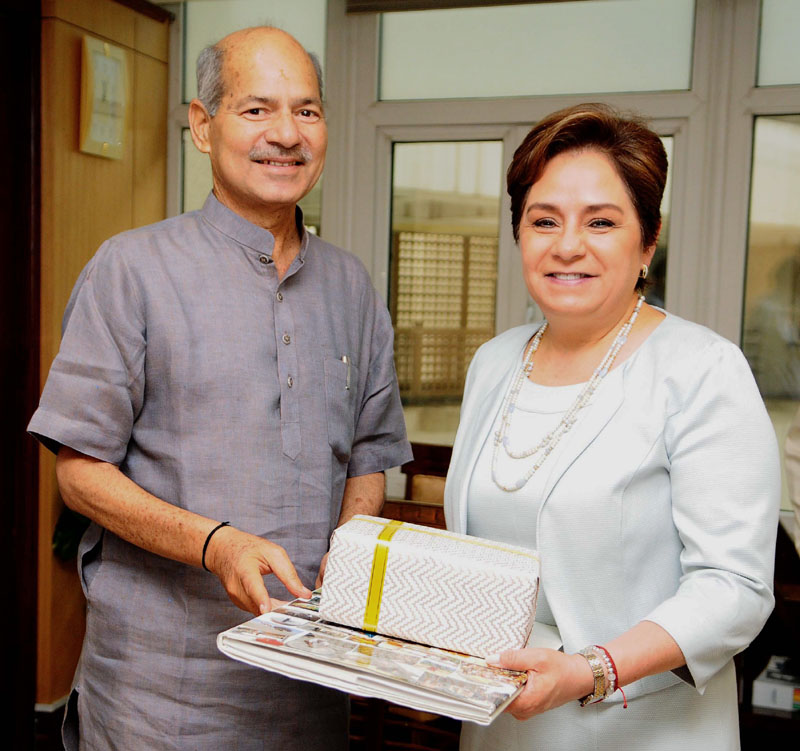 UNFCCC Executive Secretary praised India’s actions as an example for many other countries. She emphasized the need to showcase these efforts on international platforms.

Earlier, in a meeting with the Secretary, Environment, Forest & Climate Change, Mr. Ajay Narayan Jha, Ms. Espinosa acknowledged India as an important partner in pursuing the agenda of climate change and expressed interest in engaging with Indian institutions playing a major role in climate action in India. She dwelt upon the synergy between the Sustainable Development Goals and climate actions.

Mr. Jha highlighted India’s actions to address climate change, including the goals to reduce the emission intensity of its GDP by 33-35 per cent from 2005 levels by 2030, increasing the share of non-fossil fuel sources in the electricity mix, afforestation efforts and world’s largest renewable energy programme being pursued in India. He also underlined the climate change governance structure to monitor climate change actions in India, which includes PM’s Council on Climate Change chaired by the Prime Minister and Executive Committee on Climate Change, chaired by Principal Secretary to Prime Minister.

The issues of adequate means of implementation including climate finance, capacity building and technological support to developing countries were also flagged during the meeting. It was also highlighted that the core principles of equity and CBDR-RC need to be operationalized in the Paris Rule Book.

Ms. Espinosa is on a two-day visit on April 18-19, 2017. This is the first visit of UNFCCC Executive Secretary to India.