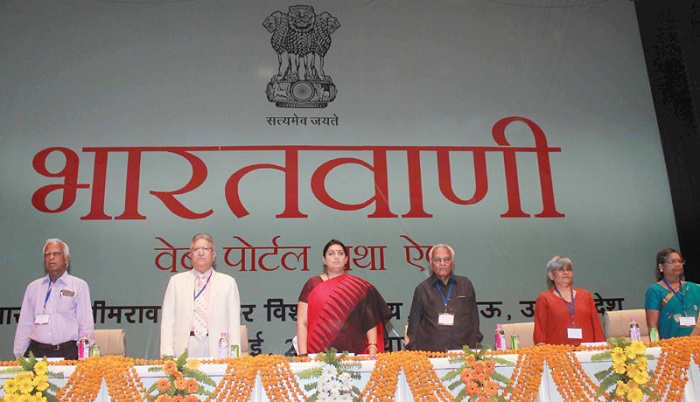 The Union Minister for Human Resource Development, Mrs. Smriti Irani at the launch of the Bharatvani Portal, at the Babasaheb Bhimrao Ambedkar University, in Lucknow on May 25, 2016.

Lucknow (PIB-GR-TYP-BIN): The Union HRD Minister, Mrs Smriti Zubin Iani launched the multilingual knowledge portal www.bharatvani.in at Lucknow on May 21. While launching the App., the Minister said that under the Prime Minister Modi’s Digital India Mission, Bharatavani App. will perform the task of bringing about digital revolution in the county. The Government’s mission is to showcase the Indian culture and heritage to the world through the medium of technology.

This project is in line with the HRD Ministry’s efforts to not only ensure universalization of education but also towards creation of a knowledge society in the digital age. The Central Institute of Indian Languages (CIIL), Mysuru is implementing this ambitious project of MHRD.