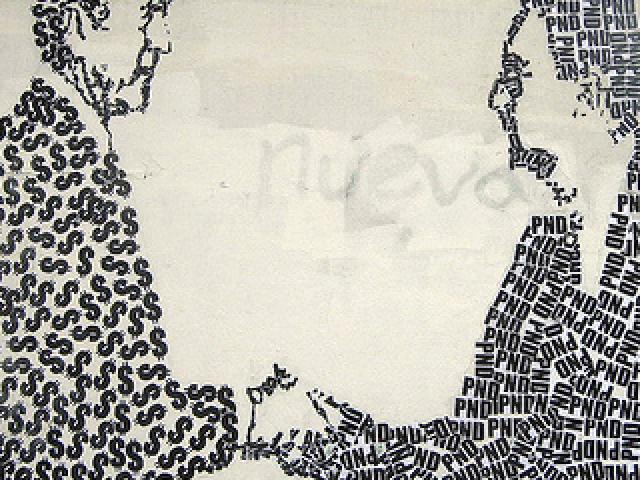 The union movement, members of Congress and human rights leaders vowed on Monday to keep the pressure on the Colombian government to get serious about ending the violence against trade unionists and prosecuting paramilitary death squads. Until that happens, they say they will continue to fight to defeat the U.S.-Colombia Free Trade Agreement (FTA).

By a 224–195 vote April 10, the House removed the 90-day deadline under Fast Track trade-promotion authority for an up-or-down vote on the Colombia FTA. The vote will delay consideration of the deal indefinitely, probably until after Bush leaves office in January. In fact, Bush told reporters Monday that the deal is dead unless House Speaker Nancy Pelosi (D-Calif.) schedules a vote.

During a Capitol Hill press conference Tuesday afternoon, Colombia FTA opponents applauded the House’s decision and urged Congress to firmly press Colombia to show meaningful and sustained results in breaking the pattern of violence and impunity before considering the deal.

At the press conference, AFL-CIO President John Sweeney reiterated the union movement’s opposition to a deal with Colombia:

Until our brothers and sisters can exercise core worker rights without fear of intimidation, threat or murder, we cannot seriously consider passing a trade agreement with Colombia. The test of trade should not be how much profit it generates. Should the Colombia FTA come up for a vote this year, we will mobilize our members and the resources of the federation to defeat it.

The violence against trade union members in Colombia has claimed more than 2,500 lives since 1986, including 39 murdered in 2007 and another 17 killed so far in 2008—a rate of more than one a week. Yet the Colombian government has obtained convictions in fewer than 3 percent of the cases and has done little to stop the bloodshed or guarantee worker and human rights in the country.

Let me be clear. We can’t let the lives of union members be bargaining chips for this administration’s flawed priorities.

Sen. Sherrod Brown (D-Ohio) described the Colombia FTA as a “moral issue.” The debate over whether to approve the deal is about the lives of workers, he said, and so he  cannot support the agreement as violence continues against workers.

The [Colombian President Alvaro] Uribe government has consistently resisted taking meaningful steps to break paramilitaries’ power and hold them accountable. Until Colombia demonstrates a credible shift in approach and real sustained results in dismantling the paramilitaries, trade unionists will remain vulnerable to persecution by these vicious groups.

In its zeal to win a trade agreement, our government must not ignore other grave human rights abuses that continue to take place in Colombia. Deliberate killings of civilians by the Colombian armed forces are on the increase. We must see serious investigations, prosecutions, convictions, and perpetrators in jail for these crimes.

Nicole Lee, executive director of TransAfrica Forum, said the trade deal would seriously affect the Afro-Colombian community, which makes up more than one-quarter of the country’s population. She says the Uribe government has passed a “litany of laws” that removed protections for the country’s Afro-Colombians. Violence against the community has grown, and many Afro-Colombians who live on the prized Pacific coast have been forcibly displaced. Said Lee:

Afro-Colombian organizations have stated their opposition to the FTA, but their voices have been stifled, and their communities harassed and attacked.  The FTA will legalize the appropriation of constitutionally protected collective territories by the government and corporate interests, furthering displacement, poverty and discrimination faced by these marginalized communities.